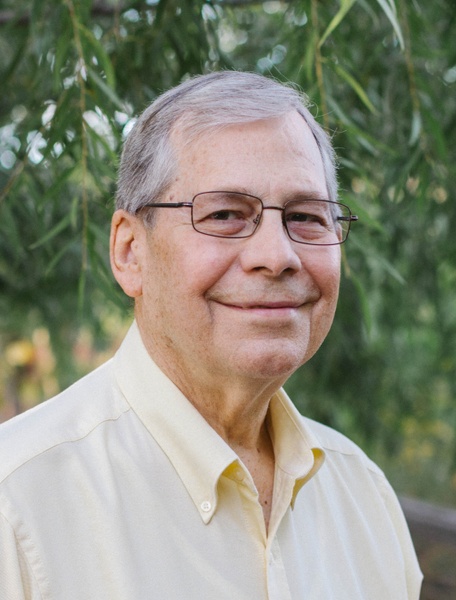 Aaron Elisha Campbell, age 74, of St. George, Utah passed away at home surrounded by his wife and children on Friday, March 25, 2016 of kidney failure. He was born on August 31, 1941 at home in Vernal, Utah to David Clyde Campbell & Hattie Lucille Crouse. He married Lilias Bellingham of Falkirk, Scotland on June 25, 1964 in the Salt Lake LDS Temple.

Aaron was raised in Vernal and was the sixth of seven children born to his parents (he also had a half-brother from his father’s previous marriage). He attend Uintah High School where he played basketball and the tuba. He served a full-time mission for the LDS Church to the Scottish-Irish mission from 1962-64 where he met his sweetheart. They were married shortly after his return home to Utah. Aaron was a former radio announcer for KVEL in Vernal. He attended Brigham Young University and was a long-time employee for the BYU Bookstore where he retired after 33 years of service. Some of Aaron’s hobbies included photography, gardening and all things BYU sports (NOT the Utes, except for Uintah Utes).

Aaron was an active member of the LDS Church his entire life where he served in many callings. He was known for being a kind, humble disciple of Christ and loved having opportunities to share the gospel. He even had a few opportunities to return to his mission in Scotland to visit family, friends and church members.

Aaron’s influence was far reaching because of his quiet, unassuming character and his unconditional compassion for others. He loved woodworking and building guitars. He was an avid composer, singer and guitarist at family & ward parties, rest homes and other events. The love for his wife, music and the gospel were central to Aaron’s family life.

He was preceded in death by his parents, stepfather, William (Bill) Warby and brother, Dennis Campbell.

The family wishes to express appreciation to the many doctors and staff who became a part of our family and made Aaron’s last few months very pleasant.

To send flowers to the family in memory of Aaron Elisha Campbell, please visit our flower store.
Send a Sympathy Card