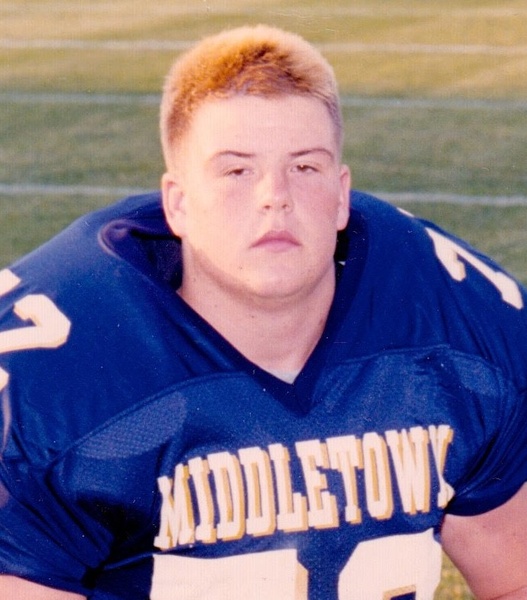 Aaron Thomas Welch, age 40, passed away at his home in Saint George, UT, on March 4, 2022, after a
short battle with pancreatic cancer. He was born November 20, 1981, in Florence, Oregon, to Michael
Welch and Dawn Ferguson Welch. Aaron is survived by his daughter, Caliegh, his parents, and his
brothers Travis and Jason Welch and Michael Mitchell.

Aaron grew up in the Pacific Northwest, spending most of his childhood in Bremerton, WA. Aaron was
well liked and grew up with many friends who loved him for his sense of humor and love for others. He
also grew up with a deep love and passion for sports, playing football, baseball, and basketball for the
North Perry Pee Wees and wrestling for the Blue and Gold Wrestling club. Aaron was such a huge sports
fan that he would even watch baseball on television. An ardent fan of the University of Washington
Huskies, Seattle Seahawks, Seattle Mariners, and Seattle Supersonics, he enjoyed collecting sports cards
and memorabilia.

Aaron lived in Middletown, Pennsylvania during high school, where he participated in varsity football
and enjoyed a lively social life. Following his graduation from Middletown High School, Aaron enlisted in
the United States Army.

On September 11, 2001, Aaron was on his way to boot camp when he was informed his processing-in
would be delayed because of the terrorist attack on the Word Trade Center. This event and his
subsequent service to our country was a catalyst for Aaron’s deep rooted love for his country and
serving others. Aaron served in the Army First Cavalry Division for five years while stationed in
Germany.

Following Aaron's military service he moved to Provo, Utah, so he could help care for his mother who
had become disabled following a stroke in 1990. While in Provo, his daughter, Caliegh was born.
Aaron's daughter immediately became the center of his world and his love and devotion to her guided
the rest of his life. Aaron continued to care for his mother while living in Fairbanks, Alaska and then
when the family moved to Saint George, Utah.

While in Saint George, Aaron worked for Canyonland Pediatrics and was referred to as “Boom” by his
coworkers. He also found purpose in his work with the Washington County School District as a coach.
Aaron loved his coworkers and absolutely loved teaching children.

A remembrance of life service will be held on Saturday, March 26, 2022, at 11:00 a.m. The service will
be located at the Church of Jesus Christ of Latter-day Saints chapel at 1282 W 500 S Circle Saint George,
Utah. A burial service for Aaron will be scheduled for this summer, when he will be laid to rest at the
Willamette National Cemetery.

Condolences may be sent to the family at: 2941 Devin Circle, Anchorage AK 99516. In lieu of flowers,
contributions for Caliegh can be made to the Aaron Welch Memorial Fund at gofundme.com/f/aaron-
welch-memorial-fund or to Michael Welch or Travis Welch at 2941 Devin Circle Anchorage, AK 99516.

To send flowers to the family in memory of Aaron Thomas Welch, please visit our flower store.
Send a Sympathy Card