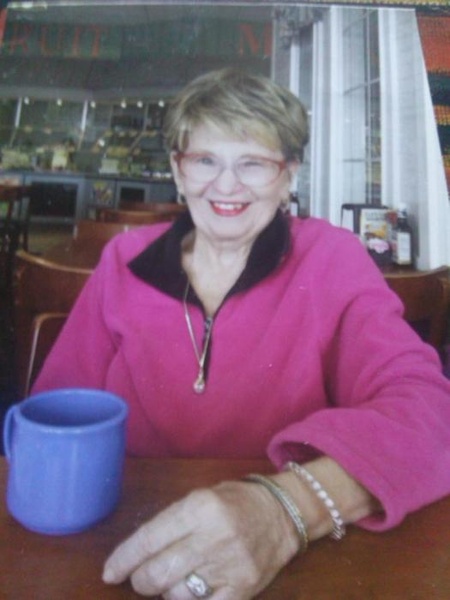 Acencion “Jennie” Razo, 87, of Hurricane, Utah, passed away on February 28, 2016 in Hurricane, Utah. Acencion was born in Los Angeles, California on June 2, 1929 to Nicolas and Amelia Stathes. She was married on February 14, 1971 to John Razo; they were married 45 years. She enjoyed a good cup of coffee any time of day, and also, enjoyed to crochet. Acencion is survived by her husband, John Razo, daughters Linda Langrell and JoAnn Richardson, and three grandchildren. Acencion was preceded in death by both parents Nicolas and Amelia Stathes, a Sister, Mary Galvez, son in law Gary Richardson. The family of Acencion Razo would like to thank all at Heritage Home in Hurricane for all the loving care she received. A small viewing will be held at the LDS Chapel at 300 West 70 South in LaVerkin, Utah from 12:00 to 12:45. Burial will follow the viewing at the Hurricane City Cemetery at 225 East 600 North in Hurricane, Utah.

To send flowers to the family in memory of Acencion Jennie Razo, please visit our flower store.
Send a Sympathy Card