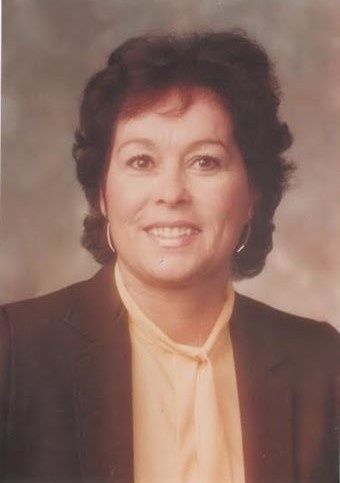 Annette “Ann” Lee, beloved wife, mother, sister, grandmother, and great grandmother, passed away at home with family by her side, Tuesday, 7 July at the age of 82.  She was born 21 Aug 1937 on the family farm just north of Okeene, Oklahoma, the only daughter of Daniel and Katherine (Sauber) Nault, Ann was smothered with three overly protective brothers.   While attending dental school in Waco, Texas Ann met the love of her life, Dwendon “Mack” Lee and married him in 1956.  Together they were married 61 amazing years with numerous military moves to such interesting locations as California, New Mexico, Texas, Okinawa, Thailand, and North Dakota with his last move, after Mack retired from the Air Force, being to St George, Utah, in 1979.

Being a military wife had its own unique challenges with 13 different moves with her three sons each attending different schools and different sports but Ann had a very unique talent to make every house a loving home.  After moving to St George in 1979, Mack and Ann teamed up to have a very successful career in real estate sales from 1979 to 2012.  As a Real Estate Agent GRI, Ann helped Mack become a double Centurion, 3 time Top Sales Agent in Utah, Century 21 Hall of Fame in Denver, Top Salesman of Rocky Mountain Region.

Ann’s favorite activities were family centered such as family reunions, encouraging her boys athletic activities, playing bridge with family and close friends, and telling incredible stories of her life in Oklahoma.

Ann was preceded in death by her husband Mack, parents Daniel and Kathryn Nault, brothers Daniel and Leroy Nault,  and her youngest son, James.  She is survived by her brother Charles,  sons David (Karen) and Glenn, grandchildren James (Lindsey), Kristen (AJ), Samantha, and Jimi-Lee and great grandchildren, Harlee, Sawyer, Scarlett, Penelope and Avery.

A memorial service will be announced and held at a future date.

To send flowers to the family in memory of Annette Angela Lee, please visit our flower store.
Send a Sympathy Card