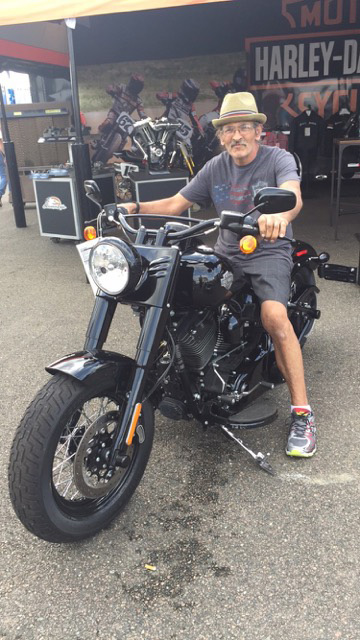 .Anthony “Tony” DeTorres, 62, of Ocala, Florida, passed away on December 31, 2017 at his home with family at his side. Tony was born December 8, 1955 in San Francisco, California. In his Military career,Tony traveled and lived all over the United States and Germany. In later years, he followed his mother in her move to Ocala Florida,making it his home for the past 15 years.

Tony had a love for cars, making a living working on them. He could fix anything! Tony was a United States Army Veteran, establishing his trade as an Army mechanic. He enjoyed his travels and spent a lot of time visiting his family in the beautiful mountains of Utah. He loved riding motorcycles, and was very proud of his Harley. Above all, Tony loved his mother, kids, and grandchildren! He was very proud of his children, and was even prouder as a grandfather. As time passed, the strong-minded Tony softened his heart towards all things, and would give you the shirt off his back if he could. Tony was preceded in death by his loving mother, MaryJane Coy; stepfather, Paul Coy; infant daughter, Jerika Amy DeTorres; and nephew, Tyler Harris.

Funeral Memorial Mass will directly follow his viewing at 11:00am, along with a Celebration of his life, given by his children. The Funeral Procession will then proceed to the Florida National Cemetery, located at 6502 S.W. 102nd Avenue, Bushnell, Florida 33513.

To send flowers to the family in memory of Anthony DeTorres, please visit our flower store.
Send a Sympathy Card