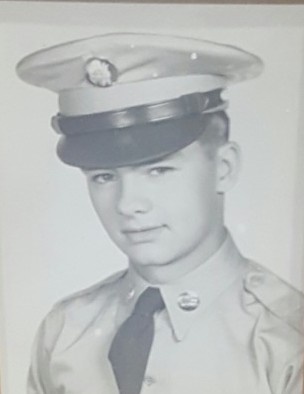 Our dear Husband, Father, Grandfather and Great Grandfather passed away peacefully in his sleep on June 18, 2016 at his home where he wanted to be at the age of 83 years old.

He was born September 28, 1932 in Binghamton, NY to Arnold & Gertude Witteman.   He was the older of two children. He married the love of his life on October 10, 1953 and had three children.   He joined the Army where he was always on the go and visited many different places.  He was stationed in Germany during the Korean War and served in the Vietnam War.  He served for 22 years and retired honorably in 1977.

He was a dedicated hard working man, as a cable splicer and later Sprint Telecommunications for 20 years.  He built his dream cabin home in Apple Valley, UT in 1996 at the age of 65 years old where he was also the Captain of the Smithsonian Fire Department.

He loved fishing, kayaking and being outdoors.  He was a great example of how a man should be who was selfless and humble.  He was a great Husband, Father, Grandfather, and Friend who always showed hospitality to all that knew him.  He was a man full of wisdom who loved sharing his stories to you.  Above all his heart and eyes would light up the room when he was spending time with his family.

A private service will be held to honor this amazing man who we all loved so dearly and will be greatly missed.

To send flowers to the family in memory of Arnold Robert "Bob" Witteman, please visit our flower store.
Send a Sympathy Card