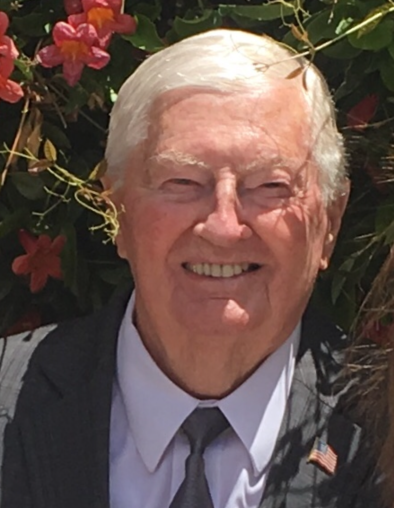 Arthur Bruce Roberts was born November 8, 1934 in Afton, Wyoming, the oldest child and only son, of
Arthur “Art” Roberts and Berniece Kennington. On August 27th Bruce passed from this life peacefully at
home, fulfilling his last earthly wish.
He hoped to make it to his 85th birthday but dementia and cancer overtook him before he reached that
goal.
His childhood and teen years were happy ones as he wandered the town of Afton and roamed the hills
and mountains of Star Valley. Often camping with his trusted horse, dog, and a can of beans, a love of
the outdoors and scouting began. After graduating from Star Valley High, he attended Utah State
University, worked, and then proudly served in the US Army. Bruce was fiercely patriotic.
During his service, he married and had a son, Jeffry. The marriage ended in divorce. When Bruce’s
service in the army concluded he once again returned to college. He stayed the course at BYU and was
always “true to the blue” until he earned his bachelor’s of art degree with a minor in industrial arts. This
is where his passion for art and nature combined and he became a truly gifted artist. Although he had
interests in pottery, mosaic art, and sculpting, his favorite medium was oil and still life was where he
excelled. He said BYU gave him so much more than an education. It provided him with the opportunity
to meet his eternal companion and the perfect partner in everything creative. On September 10, 1963
he married Sharon Sessions in the Salt Lake Temple for time and all eternity. Together they had three
daughters, Hollie, Heidi, and Heather.
Since childhood, Bruce’s artistic talents were evident. He loved to sketch, paint, design, and build. There
was always a building project or new painting underway and a list of next ideas was waiting on various
scratch pads or napkins. Many of these traits live on in his children and grandchildren. He chose
insurance sales as a career to support his family but art and building brought him the most happiness
and satisfaction. Having a strong work ethic was a valued characteristic in Bruce’s life. He felt that one of
the greatest gifts you could give your children was, either by example, or endless verbal dialogue, the
appreciation for a job well done.
Bruce loved and cherished his family. He felt blessed to have close relations as well as close geography
with his sisters, son, daughters, grandchildren and great grandchildren. The last two years brought him
special joy when he became a Great-Grandfather to four additional grandchildren.
The knowledge of our Heavenly Father’s plan gave him comfort and peace when making his decisions
for care in the final months, weeks, and days of his life. He had an unwavering faith in the importance
and power of prayer. As his voice grew weak and quiet he continued to offer family prayers of gratitude
and love.
Bruce is survived by his wife of nearly 56 years, Sharon (Sessions); his son, Jeffry Bruce; his daughters;
Hollie (Jim) Jones; Heidi (Todd) Richins; Heather (Matt) Noorda and his sisters, Marie (Dan) Wilkes,
Carolyn (K) Robinson. He was proceeded in death by his parents, Arthur Roberts and Bernice Kimball
Kennington, and his mother and father in-law, Orlo Johnson “J” Sessions and Eileen Sessions. He will be
missed by his beloved grandchildren; AJ Jones, Joey Jones, Cole and Amber Noorda, Hannah and

To send flowers to the family in memory of Arthur Bruce Roberts, please visit our flower store.
Send a Sympathy Card