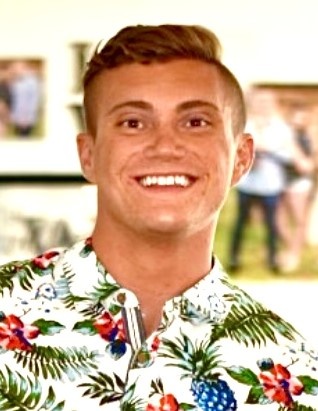 Austin James Williams was born October 19th, 1996 to Robert Cliff Williams and Jodi Lynn. He gained his eternal wings on the morning of March 27th, 2022.

He is survived by his older sister, Ciera Lyn Oles and brother in law, Deven Oles and his younger sister, Preslee Ann Payne and brother in law, Bronson Payne, his kids, Brooklyn, Beckett and Briella, his mother, Jodi, his father, Cliff, his stepdad DeeVee Porter, his Grandparents Larry and Carolyn Maycock and several aunts, uncles, nieces, nephews and cousins. He was preceded in death by his uncle Chad, uncle Jon, Grandma Maryann and Grandpa Red. In his younger years, he attended Belknap Elementary and then later moved to St George with his mom and sisters in 2007 where he attended Fossil Ridge, Pine View Middle and Pine View High school. He acquired many friends quickly after the move and became very popular down there. He had a love for skateboarding, graffiti art, cooking gourmet meals and bodybuilding. He is more knowledgeable about fitness and the human body than most people will ever be. He is so intelligent and so well spoken.
He has a huge passion for working out and was always so self conscious about how he looked. His mom said she don’t know how many thousands of times he would say, how do I look or should I change and wear something else. He was an amazing chef and would always make the best gourmet food. He never had a recipe for them, he would just tell us, a little bit of this and a little bit of that and it always came out amazing.
After high school, he met and fell in love with Rachel and they soon were married. They later had 2 kids, Beckett who is 5 and Briella who is 3. He also acquired a bonus daughter through the marriage, Brooklyn, whom he loved with his heart and soul. His kids are his pride and joy and they thought their dad could walk on water. His love for them is so pure. Austin loved them with his whole heart and soul.
Austin James is a beautiful soul with a heart of gold and he could make friends within minutes of meeting anyone. To anyone that really knew him knew he is a momma’s boy. In her eyes he could do no wrong and vice versa…They had a bond that will never be broken.
In the most recent months he spent a lot of time with his father and grandpa and grandma Maycock. He loved spending time with his dad, hanging out watching movies, fishing and barbecuing. His grandpa and grandma said they have never heard so many, I love you’s and thank you’s while he was staying with them. He would say I love you every time he left the house or ended a call. He taught us as a family how to be more loving and actually say it. We will all miss that sparkle that he spread everywhere he went and the “I love you”s” when he walks out of the room.
On the outside, he was so handsome and charming, but on the inside, he had an internal fight with the worst demons… anxiety and depression. You would never know on the outside that he was struggling. He never wanted anyone to worry about him so he had a way of hiding his hurt and pain he was suffering from. Eventually that pain became insurmountable and he could not overcome his sickness.
You can now fly freely Austin James without that deep pain that you felt for far too long. We love you…we will miss you sorely. Our hearts are broken and will never be the same without you. Until we meet again may you now rest easy.
To send flowers to the family in memory of Austin James Williams, please visit our flower store.

The Church of Jesus Christ of Latter-day Saints Beaver Stake