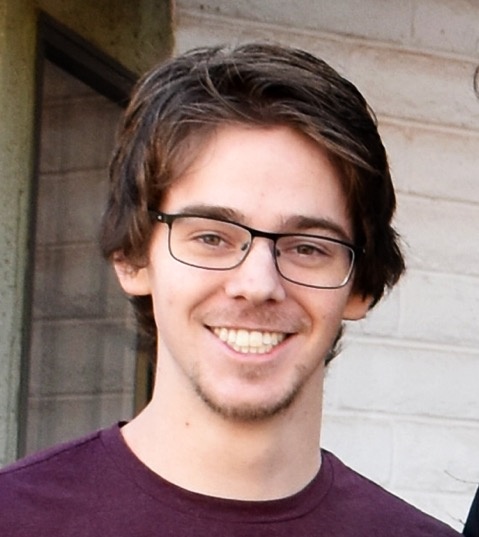 It is with broken hearts that we announce the sudden and tragic passing of our beloved son, brother, and friend, Bailey Judd Burgess.  We lost Bailey on the night of September 5, 2021. He had been battling personal struggles and depression for some time and decided that his pain was too much to bear. To the complete shock of all who knew him, he took his own life. He was 21 years old. He is survived by his 6-week-old son, Hayes, his father, Kason Burgess, his mother, Melanie Holt Burgess, his brothers, Bryant Holt, Christian Holt, Jordan Burgess, Kyler Burgess, his sister, Megan Holt, as well as both sets of grandparents, and many aunts, uncles, and cousins.

Bailey was born November 17, 1999, in St. George, UT. He was the youngest in the family, so we all had the privilege of watching him grow into an incredibly kind, funny, and intelligent young man. Everyone loved his sense of humor. He was silly, sarcastic, loved to tease, and constantly made us laugh. He was a lover of animals and was always playful and sweet with our family pets. His cat, Sir Billiam Licks-a-lot, aka Bill, will surely miss him.

Bailey spent most of his childhood in Winchester Hills, UT. He was an active kid. He spent his time building forts, jumping on the trampoline, paintballing in the backyard, swimming in the pool, and learning to skateboard in the driveway, all alongside his brothers, Jordan and Kyler. When he was around 10 years old the family moved to Cedar City, UT where Bailey later attended Canyon View High School, and Cedar High School. He graduated from CHS in 2018.

Bailey was fearless.  He was an adventure seeker who loved riding dirt bikes and four wheelers, and eventually bought himself his own motorcycle (his first baby). Some of his other passions included snowboarding, hiking, playing video games with his family and friends, collecting butterfly knives, and playing the guitar. If he was ever excited about something, he would teach himself how to do it (no matter how unsafe it was).

Bailey had a very logical and research driven mind. Before he bought anything or when he became curious about something new he learned everything he could about it. He was a very ambitious, driven, and innovative person. He became interested in the medical field and worked as a phlebotomist for over a year. He prided himself on working hard and becoming the best on the job. His most recent career venture was in the stock market. He put his research-driven mind to good use and became a full-time day trader.

Guns had been another big passion and focus in his life, so much so that he taught himself how to make them. He learned how to weld, rivet, and wanted to go to school to study gunsmithing. He talked about owning his own gun shop someday.

Bailey dreamt of buying a house with lots of property out in the country and living a simple, peaceful life.

We just hope that he is at peace now.

Words will never describe the heartache and loss that we feel. All we can do now is make sure that his son grows up knowing that his father loved him.

”Remember me in your heart:

Your thoughts, and your memories,

Of the times we loved,

The times we cried,

The times we fought,

The times we laughed.

For if you always think of me, I will never have gone.”

Memorial service will be held Saturday, Sept. 11, at Hughes Mortuary in St. George, UT. It will be an intimate service with immediate family and close friends, as Bailey would have wanted. Interment will take place in the Pine Valley, UT cemetery that afternoon.

To send flowers to the family in memory of Bailey Judd Burgess, please visit our flower store.
Send a Sympathy Card