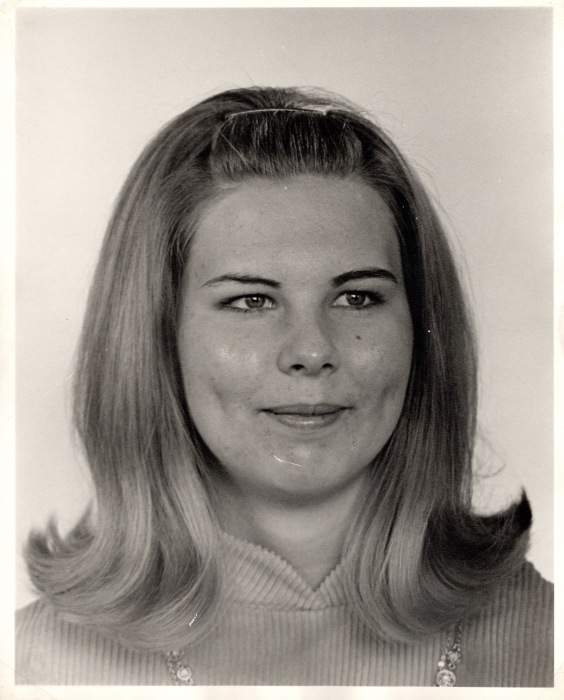 If you don’t know our family very well, please brace yourself as we have a very irreverent sense of humor we inherited from our beloved mother.

We don’t know exactly what Barbara did, but on April 15, 2020 she was called home by her mother Lois.  We can only assume she was being sent to time out, following the honored “five in the mouth”.

Born on September 12, 1951 to William and Lois Bain in Bountiful, Utah.  She was the youngest of 7 children.  Married October 15, 1971 to Don Johnson in the Salt Lake Temple.  They started their family in Smithfield, Utah.  Known best for her impeccable homemaking skillz, stretching of the dollar, and welcoming all God’s children.  She was the most inclusive person to all.

Because of her gifted interaction with youth, she was called to be an assistant Scout leader. As a result of her guidance several young men received their Eagle awards. She magnified her calling to the extent that she was one of the few women ever awarded an Honorary Eagle.  This was only the beginning of her life-long influence on adolescents and young adults.  Before her retirement, she was Coordinator of the Health and Wellness Center at Dixie State University, wherein her reach and influence reached worldwide given her relationships with countless students at DSU.

Eating at the Johnson dinner table was not for the faint of heart and yet it was always an open invitation event. Conversations that knew no limits were not only nourishing, but medicinal.  We remember the great food, but we remember the impactful life lessons the most.  As you might assume, five legendary kids had to learn some things the hard way.   In those moments, Mom always made sure it was known we “breath well” (meaning that at that moment in time that was the only thing that was being done right)!  She had the most amazing knack for finding the positive in even the most challenging of situations.

Although most people would feel like five kids were enough to fill anyone’s proverbial plate, the move to live at and manage the DSU dorms put her directly into her element of joy…..so many young adults to love!  It was not unusual to find a porch full of college kids surrounding our front door or kitchen or living room or bedroom or bathroom floor, waiting for their turn to talk to mom about problems, life decisions or just looking for her unconditional love that was always freely handed out.  Although it has to be mentioned that honest answers from mom sometimes weren’t the easiest for them or us to hear.

It seemed like DSU was the ultimate environment for her and we thought it was for years until she started to amass grandchildren. She was lovingly referred to as the “Savage Grandma!” Grandma loved the grandkids and the grandkids loved Grandma! Grandma created lots of memories but one of the favorites amongst the grandkids is that Grandma always had Laffy Taffy candies in her purse, especially on family vacations!

She had a touch of claustrophobia and as such she occasionally stated that she wanted to be placed on a ceremonial platform of stilts in a secluded spot in the hills. She then would threaten, “If you bury me instead, I am going to return and haunt you.”

Sorry but we’re secretly hoping for the haunting because we will take you any way we can get you. You are going to be deeply and sorely missed.

Graveside Services for Barbara will be on Saturday April 18, 2020 at the Washington City Cemetery located at 300 Park View Drive, Washington Utah.

To send flowers to the family in memory of Barbara Johnson, please visit our flower store.
Send a Sympathy Card