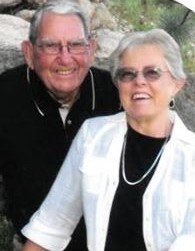 In 1982 she moved to San Antonio Texas and became an insurance auditor for Jensen & Moore Inc. and then worked as a dental Hygienist for 18 years. She then served a 1 year mission in Boston for the Church of Jesus Christ of Latter-Day Saints. She later returned to Roy Utah and worked for the state of Utah as a Dental Hygienist until retirement in November 2011.

In January she married Harry Steven Orvin in the LDS Bountiful Temple. Barbara and Harry moved to St George where she spent her remaining years taking loving care of Harry. Barbara was a doer and a fixer. She was always on the look out for someone who needed a hug or a kind word. She will be missed by all who's lives have been touched by her thoughtfulness.

She is proceeded in death by her parents. She is survived by several siblings, including Ken, Sharon, Norma, Mary Ann, Steve, and Ron.

To send flowers to the family in memory of Barbara Rae Orvin, please visit our flower store.
Send a Sympathy Card