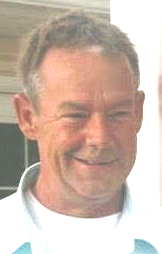 Boyd grew up in St. Paul, Nebraska until the summer of 1969, when he moved to Green River, Wyoming.  In the Fall of 1972 Boyd moved to Evanston, Wyoming, where he would stay until moving to La Verkin, Utah in 2010.

Throughout his life, Boyd was an avid outdoorsman, enjoying fishing, hunting, and snowmobiling.  He was a big fan of Nascar, and the Patriots.  He enjoyed cooking at home, as well as finding new and great restaurants to take Jana too.  Boyd had immense love for his children and grandchildren.  He would often show up with treats and candy to give to them.  Boyd loved his cat Mike, and his three dogs Grizzly, Rocky and Cocoa bean.  Charlie, a new dog addition to the family, had already formed a strong bond to Boyd.

Boyd is preceded in death by his mother Sandra K. Hobbs, Grandparents Hannah and Skippy Hobbs, and Grandma  Marjorie Brown.

Celebration of life  will be Saturday the 17th of December at 2:00pm at the Laverkin Elementary School. In Lieu of flowers  donations can be made to Southwest Federal Credit Union Hurricane Branch  85 N 200 W Hurricane, Utah under the account name of Boyd Warren.

To send flowers to the family in memory of Boyd Allen Warren, please visit our flower store.
Send a Sympathy Card