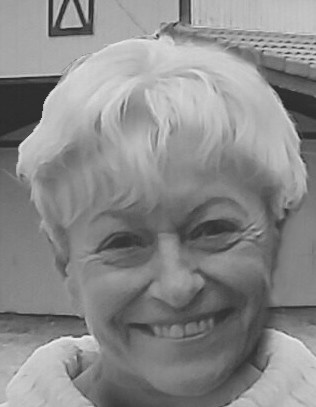 Brenda Kay Warner (nee Hampton) passed away August 14, 2016.  She was born in Seymour, Indiana on June 10, 1942.  Brenda was predeceased by her father Fred Hampton, mother Ida Hampton and her husband of 43 years Benjamin Harrison Warner, Jr.  Their primary residence was in Tustin, CA but in 1984 they founded the Warner Ranch in Hatch, UT and permanently relocated to Utah shortly thereafter.  Brenda was an accomplished craftswomen and published author of crafting books.  She was a member of the National Gourd Society sharing her art with others with a common interest.  Her work has been displayed at several trade shows across the country.  She had a strong love for gardening and animals, especially her beloved cats.   Brenda is survived by her 3 sons, Jeff (Erin), Matt (Christine) and Ben (Jennifer) and her extended family of Stan (Holly), Wayne (LaVerne), Cheri (Henry), Tim, Tom (Carolyn), and her 18 grandchildren and 15 great grandchildren.

To send flowers to the family in memory of Brenda Kay Warner, please visit our flower store.
Send a Sympathy Card