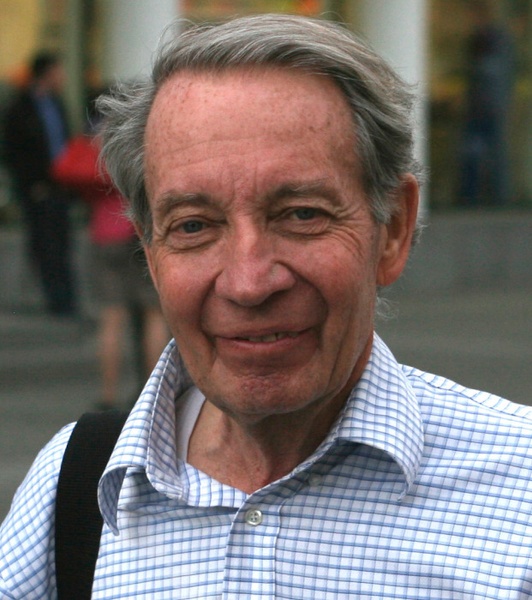 Brenton Clegg Bennett, 71, passed away on Tuesday July 14, 2015. He was born on December 21st in Los Angeles, CA to Vaughn Bennett and Ann Eva Clegg. Brent spent most of his life in Los Angeles CA. He served an LDS mission in Australia. After returning home he graduated from UCLA with a degree in Political Science and went on to a fulfilling career as a programmer for Disney and later NASA. He retired to Apple Valley, UT where he spent most of his time pursuing his interest in Astronomy, Photography and Model Railroading. He is survived by his wife Kristine, son Robby, adopted daughter Anna, adopted daughter Anastasia, and step-daughter Kristi (Chris) Russell, He is also survived by previous spouse Gail and their children: Brian (Amy), Brenda Hardin, Edward (Amber), Greg, Karen (Andrew) McNabb, Linda (Tyler) Harsh and 13 grandchildren. He was preceded in death by his sons Kevin and Jason. Viewing will be held Friday July 24th from 5 to 7pm at the Hughes Mortuary located at 1037 E 700 S St George, UT. The funeral services will be Saturday July 25, 2015 At the Apple Valley Ward Chapel, 274 S. 100 W. Hurricane, Utah 84737. Arrangements are under the direction of Hughes Mortuary. (435) 674-5000. Please visit our website at www.hughesmortuary.com to leave condolences.

To send flowers to the family in memory of Brenton Clegg Bennett, please visit our flower store.
Send a Sympathy Card