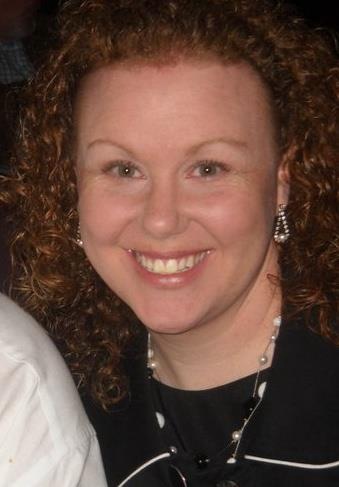 Brittan McCall Cooper McGhee was born to Nancy Evelyn Cooper June 11, 1984. She was a happy little redhead. She spent her first years growing up at her grandparents’ home in Logandale Nevada. In 1994 her mother married Lyle Kent Jones who adopted her as his own.

Brittan loved sports and clogging and was very good at them. She graduated from Moapa Valley High School in 2002 where she played all sports but favored volleyball and softball. She was on several teams that took State Championships. In 2002 she reunited with her biological father Alan Peterson. She attended college at Rangeley, Colorado on a full scholarship playing both volleyball and softball. Due to health issues attending college was a challenge. She continued her education and became a CNA, phlebotomist, and then began working as a Hospital Administrator/ Billing and Coding. She had a love for photography (like her mom) and started Ginger Snaps Photography by Brittan. She lived in Las Vegas, St. George, and then moved to the Salt Lake area.

Brittan met and became good friends with Roshonda Jalisa McGhee and they were married on October 15, 2014 in Salt Lake City. They then moved to Ogden to start their lives together. On August 14, 2016 at 2:45pm Brittan passed away in St. George, UT She was an organ donor as she always wanted to help others.

She was preceded in death by her mother Nancy Evelyn Jones, her brother Hunter M. Jones, her grandparents Bill and Venetta Cooper, and biological grandparent Harold Ray Peterson.

To send flowers to the family in memory of Brittan McCall McGhee, please visit our flower store.
Send a Sympathy Card