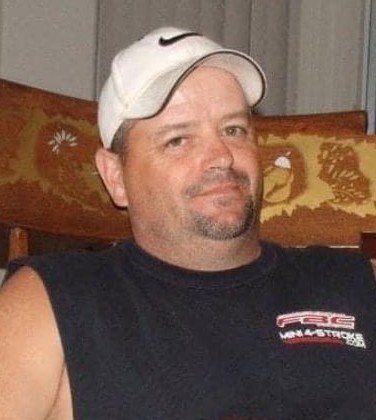 Brock Dale Bundy (51) born November 7, 1970 to Colin Dee Bundy and Carma Lynn McGarvie Bundy in Kanab, Utah. Brock was premature and weighted only 2.4 oz. when he was born, he was never sent outside of the Kane County Hospital and received amazing care to be able to grow strong and weight enough to be released to his loving Parents and 3 older sister’s care after a few months.

Brock went through Cancer and treatments from age 14 to 16. He overcame that and had a lot of fun with friends and family. Brock found out in 2020 that he had heart failure, then he found out he had Bladder Cancer. He fought all the different things that kept knocking him down. Brock was dealing with so much in the last year and as it turned out the Heart got him before Cancer did.
Brock was a little dare devil that had very little fear. From riding Motorcycles to 4-wheeling the hills around Fredonia, Arizona in his Dads truck. (Sometimes his dad even knew he had his truck). Brock had a great life in Fredonia, Arizona and Kanab, Utah where he made lifelong friends and has lots of cousins, aunts and uncles. Brock loved the Arizona Strip where the Bundy family has ranches and Reunions. He really loved riding his dirt bike out on the Strip with cousins, nephews, and sister and friends more than anything.
Brock Dale Bundy is survived by Daughter: Maddison Bundy, Girlfriend-Susan Wulffenstein, Susan’s children Cody Wulffenstein, Kelsey Wulffenstein and Cameron Wulffensten. His Sisters: Rebecca Cannon, Roben Cannon, Tara Jenkins, and Brooke (Chris) Fortenberry. His brother: Chris (Tricia) Beckham. 6 nephews: Tony Smith, Darin Smith, Jesse Fortenberry, Garrett Hyatt, Christo Beckham and Blake Beckham. 4 nieces: Sara Lang, Taniesha Shaffer, Ciji Miler, and Tierra Lewis. Many great nieces and nephews.
Preceding him in death: Father and mother, Colin Dee Bundy & Carma Lynn McGarvie Bundy, Paternal Grandparents: Merlin D Bundy & Rebecca Hunt Bundy. Maternal Grandparents: Donald P. McGarvie & Georgia Macfarlane McGarvie. One great niece and nephew.

To send flowers to the family in memory of Brock Dale Bundy, please visit our flower store.
Send a Sympathy Card