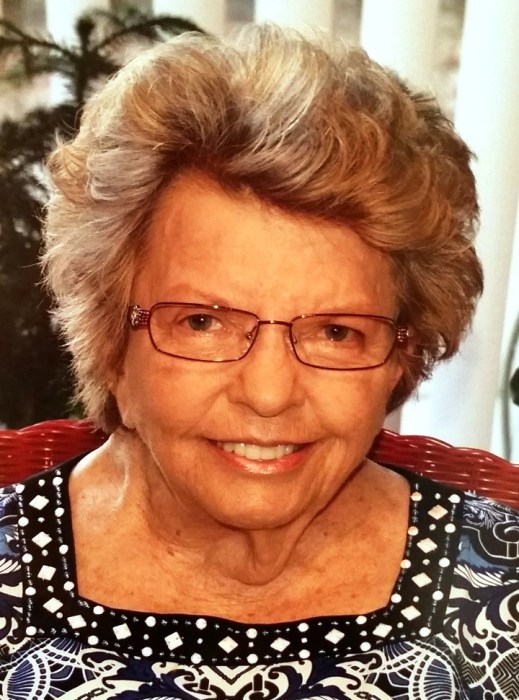 Carol Joan Peterson Clark returned to her Heavenly Father on October 26, 2016, with her family by her side at home in St George Utah.  Carol was born on October 07, 1934 in Ogden Utah.  She was the daughter of Frank and Nellie Peterson.  Carol was the second of four girls.  She grew up in Holliday, Utah.  She had dance and music lessons and played the violin and piano.

Following high school graduation, Carol married Arthur Dean Clark.  Dean was in the navy so they lived in Berkley, CA where she worked as a secretary while he finished his military service.  Carol always did secretarial work often with payroll, she really enjoyed statistical work and did this while she put her husband through medical school.

Carol and Dean adopted two infant girls, Carol Ann and three years later Susan.  They moved to Sacramento, CA where Dean began his medical practice and Carol was a homemaker.

Carol was a member of the LDS church.  She served in many church callings including Primary and Young Women's President as well as Relief Society President.  She was a Gospel Doctrine teacher and served on many stake boards.

Following her divorce, her love of knowledge led her back to college where she studied art and received her Associates Degree.  Carol loved to travel, cook, read, paint and garden.  She lived in Georgia and North Carolina moving around with her daughter Susan before settling in beautiful St George.  Carol loved doing service work and especially enjoyed volunteering with Catholic Social Services and at the St George Temple.  Carol was a devoted mother and friend.  Her greatest joy in life was spending time with her grandchildren and great grandchildren.  She enjoyed the sound of their laughter, playing with them at the beach, playing games, doing puzzles, reading stories and teaching them how to cook.  They would go to grandma's for a sleepover and be gone for days, she was an incredible grandma.

She is preceded in death by her parents, sister Shirley Petersen (Gerald) and sister Shauna Peterson.

Our dear mother, grandmother, sister and friend will be missed desperately.  Our hearts are broken yet we look forward to the joyous reunion when we will all meet again.  Mama, "You are our Sunshine".

To send flowers to the family in memory of Carol Joan Clark, please visit our flower store.
Send a Sympathy Card