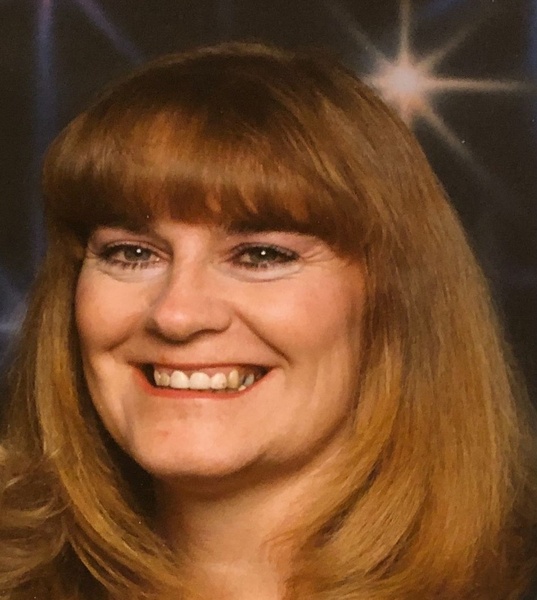 Carol Joyce Wilson Pew, age 69, passed away Monday, November 1, 2021 at her home in St George, UT. Carol was born April 1, 1952 in Murray, Utah to Thomas Woodrow Wilson and Melva Greer. Carol was raised in Copperton, UT where she enjoyed playing at the park near their home. They moved to Sandy, UT, and then to Nephi, UT where she graduated from Juab High School. While in high school, Carol was a member of the Provita Dance Team and enjoyed art, winning two awards. While in Nephi, Carol worked at the sewing plant, movie theater, and Dairy Queen.

Some family member memories of Carol's childhood include the following; When Carol was young she loved going to her Grandpa Greers farm. Carol loved to go get a soda, sit, and talk with family members. Carol would always volunteer to give up her bed to visitors. As a child, Carol liked having someone lay next to her so she could fall asleep. Carol worked hard to get good grades in school.
Carol met Randy K. Pew while living in Nephi, UT. Carol and Randy were married on May 2, 1969. Carol and Randy were sealed as a family in the Manti Temple on May 22nd, 1987. After many great years in Nephi, Ut Carol and Randy moved their family to Hanford , CA in 1988 for new adventures. While in Hanford, Carol worked at K-mart and Mervyn's where she made many long lasting friendships. After 10 years in Hanford, CA, Carol and Randy moved to Las Vegas, NV in 1998, and then in 2006 moved to St George, UT. While living in St. George, Carol worked at Target and Home Goods which she loved, especially creating displays. Carol loved to use her artistic skills to display and merchandise the products at the places she worked. Carol met and had many amazing friends through her work. She was loved by many and will be remembered for her gentle loving nature.
One of Carol's favorite things to do was putting puzzles together and spending time with all of her grandchildren. During the summers, Carol would have large family gatherings to barbecue and let the grandkids swim in the pool. Her family was one of the most important things in her life. Carol always worked side by side with Randy from physically building a home together to doing yard work. Carol loved to decorate for the holidays, especially Christmas because it was her favorite.
Carol was a member of The Church of Jesus Christ of Latter Day Saints. Carol served in many callings throughout her life including Primary Teacher, Nursery, Librarian, Greeter, and served in the Young Women Presidency.
The first viewing will be held on Friday evening, Nov 5th from 6:00 - 7:30pm at The Church of Jesus Christ of Latter Day Saints, located at 3860 Bentley Road, St George, UT.
On Saturday, Nov 6th 2021 there will be a viewing at 9:30am, the funeral services will be at 11:00am, both will be held at the same church building. Graveside services will be held at 12:30pm at Tonaquint Cemetery 1777 S Dixie Dr., St George, UT
Carol was preceded in death by her Father - Thomas Woodrow Wilson, and her Step-Father - Byron Scott.
She is survived by her mother Melva Greer Scott of Nephi, UT, husband Randy K. Pew of St George, UT, four children, Shelly Pew of Las Vegas, NV, Wendy (Nathaniel) Lewis of St George, UT, Ryan Pew of St George, UT, and Tyson (Rachel) Pew of Washington, UT, 11 grandchildren, one brother, James Wilson of Ririe, ID, three sisters Jean Elswood of Eagle Mountain, UT, Judy Jensen of Nephi, UT, and Beverly Anderson of Nephi, UT.

To send flowers to the family in memory of Carol Joyce Wilson Pew, please visit our flower store.
Send a Sympathy Card