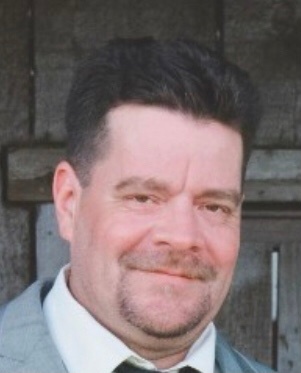 Chuck was born and raised by his mom in Denver, CO until 1983 when they moved to North Dakota. At the age of 17, he moved to San Francisco, CA where he learned how to cook. This became a passion he enjoyed. Everyone that knew him knew how great his cooking was. He moved back to North Dakota where he continued to follow his passion of cooking and started working at Peacock Alley. He then had his daughter, Destiny in 1993. If you knew Chuck, you knew she was his world. He continued cooking for various restaurants including Dakota Farms in Mandan, ND.

He stayed in North Dakota up until 2014 when he moved to Mesquite, NV where he enjoyed the sun, cold beer, and friends. He met his girlfriend, Amy, in 2019 which led up to him moving to St. George, UT in January, 2021. Though the time was cut short, they took wonderful care of each other.

He had a million friends and loved to make people laugh. He enjoyed his time working, spending time with his Ma and daughter and hanging out with his friends. If you couldn’t get ahold of him, he was usually watching his favorite teams, the Rams and the Cubs, with a cold beer in his hand.

To send flowers to the family in memory of Charles "Chuck" Drew, please visit our flower store.
Send a Sympathy Card