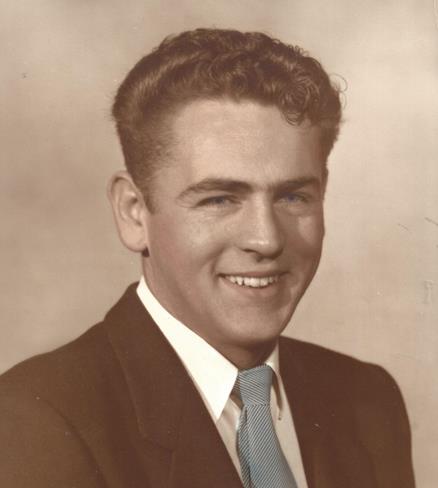 On February 4, 2016, Charles Taylor Schneider left Earth to reunite with his sweetheart, Pat and continue their mission beyond the veil. Chuck, as most people knew him, was born in Oakland, California on July 1, 1933 to Eleanor Perley Taylor and Charles Alfred Schneider.  They moved to San Francisco where they lived until 1945. The original “Mother’s Bakery” was around the corner.  A daily trip to buy day old-cookies fueled a lifelong love. In 1945, the family moved first to Fields Landing then Eureka, California. In 1951, Chuck was baptized a member of the Church of Jesus Christ of Latter-day Saints.  In June of 1951, he graduated from Eureka High School. In 1953, Chuck was drafted into the Army where he served for 22 months. He trained German shepherds to be patrol dogs.  Orders came to serve in the Korean War, and while enroute to Korea, the news came that the war had ended. On June 25, 1955, he married Patricia Ruth Allen, and their marriage was later solemnized in the Salt Lake Temple. In January 1962, Chuck began work in Santa Rosa, California for Codding Enterprises helping to design and build Codding Town shopping center. Chuck designed many homes, stores, and buildings in his lifetime. He often said that art was his work. Chuck loved serving in the Oakland, Nauvoo, and St. George LDS temples. Elder Chuck and Sister Pat Schneider served three missions; Ireland, Nauvoo, Illinois, and a family history mission, Chuck’s favorite hobby, in Regina, Canada. He is survived by nine daughters and one son; Linda Galyean (Rick), Leslie Smith, Laurie Thompson (Dale), Allen Schneider (Wendy), Lisa Criswell (Ray), Adriane Anderson (Kenny), LeeAnne Stanard (Jon), Sarah Smegner (Larry), Christina Ward, Suzy Harrington (Josh), 43 grandchildren, 22 great grandchildren, and one brother, Richard Schneider (Rosemary). His quiet, but powerful influence will be greatly missed by his eternal posterity. Funeral services will be held on Saturday, February 13th, at 11:00 a.m. A viewing will be from 10:00 until 10:45 a.m., followed by the funeral services at Hughes Mortuary at 1037 East 700 South, St. George, Utah. Interment will take place at Tonaquint Cemetery in St. George following the funeral service

To send flowers to the family in memory of Charles "Chuck" Taylor Schneider, please visit our flower store.
Send a Sympathy Card