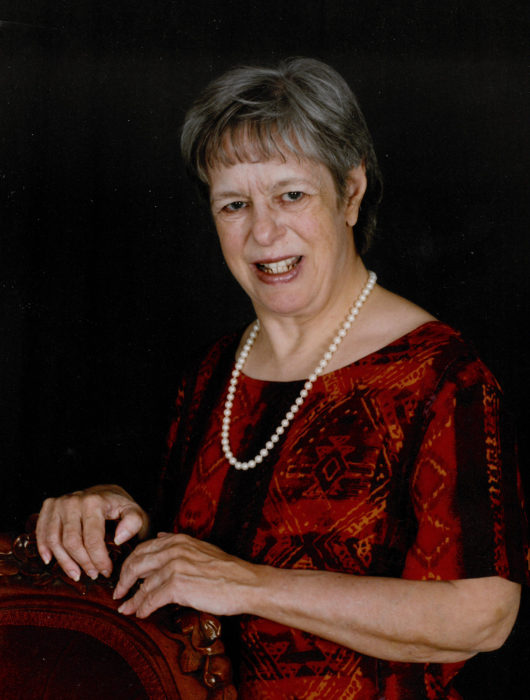 Cheril Lynn Hales slipped away peacefully on Wednesday, April 24, 2019 to be reunited with her loved ones on the other side of the veil. She asked daily to be with them and is having the ultimate reunion now.

Cheril was born on August 1, 1953 to Glen and Mari-Lynn Hales in San Bernardino, California. She was the oldest of 5 children. At an early age she was assessed as developmentally delayed.  At 10 months professionals recommended she be institutionalized for the rest of her life. Her parents promptly rejected that counsel and provided a loving home for her until their passing in 2017.  From that day forward, her loving sister, Robin cared for Cheril until her passing, when she returned to the open arms of her Savior.

Cheril loved music. She was able to listen to a song and then replicate it on the piano or organ. She loved to make her own music and was able to create beautiful chords that harmonized melodically. When she sang, she didn’t always know the words, but she knew the tune. It brought joy to family and friends to hear her sing and play.  Cheril’s musical abilities were God given and were proof that her spirit lived before earth and will continue to live on.

Cheril loved unconditionally. Sometimes when the task in front of her caused some frustration, she became agitated. She would realize what she had done and would promptly say she was sorry. She felt true remorse and wanted to make sure things were made right.  Her child-like humility served as a daily gift and example to all around her.

She loved everybody and would readily verbalize her loving feelings. When she recognized sadness in another person she shared that sadness and cry including crying with the saddened.  Cheril asked all she met where they had been and where they were going.  Everyone was her best friend, and she always had room for one more best friend.  She was the epitome of Christlike love.

A memorial and graveside service will be held by the family in Las Vegas Nevada on May 4, 2019, where her body will be laid to rest alongside her parents. She is indeed God’s Special Angel.

To send flowers to the family in memory of Cheril Lynn Hales, please visit our flower store.
Send a Sympathy Card