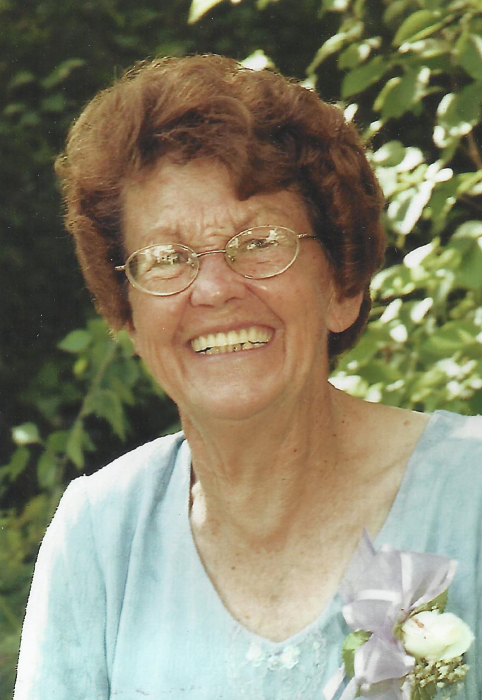 Our Mother, Grandmother, Great-grandmother, sister aunt and friend  Cleo Jean Mortensen  K Smith age 87,  passed away at home on April 9, 2017 after a short battle with cancer. Cleo was born on April 6th, 1930 in Parowan UT to John W. and Clara Garzand   Mortensen ,  the fourth of seven children. She was raised and educated in Parowan UT. She graduated from Parowan High.  She along with her siblings learned to grow their own food, take care of animals, sew clothing and care for their grandmother Mortensen.

She began dating a handsome, dark curly haired man known as (Swead) Leo K. Smith.  Cleo and Leo   were married on Aug 02 1948. Swead   had recently returned from World War II, where he had learned the trade of diesel mechanic in the Navy.  Cleo had been working as a waitress .  Cleo moved to Cedar City where she began her lifelong journey with her husband. They had five children, Alfred, Karen, Cathy Robert and Dorothy.

“ Born  with the gift of gab”  It didn’t matter if you were family or a stranger she would talk and talk, her stories never ended.   She always talked about her family who was and is the focus of her entire life.  Love always came first to her.

Cleo was a hard worker, she  continued  to work  long after retirement age.  In her youth she loved roller skating at the Brown Derby in Parowan.  She also participated on bowling leagues winning several competitions.   Later on when visiting Dr. Alfaro in Mesquite, she looked forward to playing the nickel slots on occasion.  It was an escape from the many challenges she experienced.

She was preceded   in death by her parents, two brothers Robert (jack) and Alfred her husband (Swead) and four of her children; Alfred, Karen , Cathy, and Robert.  Grandsons  Scott and Kelly Posey.   Great -grandson   Hayden Morgan.  Also many other family members and close friends.

Funeral Services will be held on Saturday April 22nd, 2017 at 1:00 p.m. at the Cedar City First Ward (Rock Church) 79 E Center  St.  There will be a viewing on Friday evening from 6:00 to 8:00 p.m. and  Saturday from 11:00-12:30 p.m. both at the church prior to services. Interment will be in the Cedar City,  Cemetery  under the directions of Hughes, and McArthur Mortuary. The family would like to thank Zion’s Way Hospice, especially Brenda and Janell for their loving care.

To send flowers to the family in memory of Cleo Jean K Smith, please visit our flower store.
Send a Sympathy Card