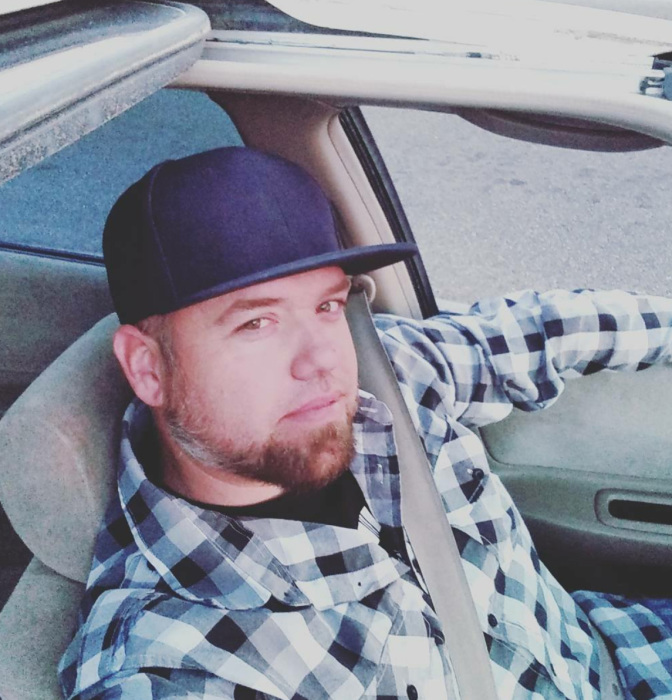 St. George, Utah- We are sad to announce the passing of Clint James Walters who passed away December 1, 2017 at Intermountain LDS Hospital in Salt Lake City, Utah after a courageous battle with Leukemia.

Clint was born July 20, 1980 in Mission Hills, California to Wayne Russell Walters and Terri Vasko. Clint spent most of his life in St. George and considered this his home.

Clint was a Warrior and always had a positive attitude and never complained or said, “Why me?” even though he had reason too. There was never an option in his mind to give up. That just wasn’t who Clint was. Even up until his last days he fought with everything he had until the doctors told him they could not make him well. Clint was strong and brave and so many people looked up to him. Clint always had a smile on his face and loved adventure and getting out with his friends and family. He loved attention and was considered the class clown because he always made others laugh.

Clint married Nicole Nelson August 14, 2003 and together they had a beautiful daughter Hailee. Even through their differences they always loved each other and stuck by each others side.

Clint worked with troubled youth for many years and loved it. He was a great mentor and had a passion to help and was a great example. He was like an older brother and had a lot of influence on these young ones to change and make a life for themselves. He loved to help others wether it was helping with their car or just being a friend. He later started his own business “Nice Device Repair” and fixed cell phones and other devices. Clint had a great talent and he took pride in his work.

Everyone that knows Clint knows he had a passion for cars. He was a car enthusiast and had a major influence on the car scene. Everyone knew Clint because of his cars and  he would eat, sleep and breathe automobiles. Clint’s passion started as a baby as he would roll his matchbox cars back and forth until he fell asleep. He loved to take drives and test his skills in the snow or drifting. He was so happy when he had the opportunity to take the auto body course at Dixie State and was able to prep and paint his first car. He loved working on and building cars and had great skill. Clint also sold cars for Stephen Wade and was a great salesman. He had a way with talking with others and was a natural.

Clint loved everyone and making friends came easy. He would talk to anyone and had the gift of gab. If you ever went with him for a quick trip to the store to get milk that would quickly turn into an hour because everywhere he went he knew someone and he always had to chat. Clint loved his family and wished so much that they lived closer. It was important to him to keep in touch regularly and to let them know his love for them. He was happiest with his family especially his daughter Hailee. They had a special bond that will never be broken.

Clint was a member of the Church of Jesus Christ of Latter Day Saints and had a strong testimony of its teachings. He was grateful for each day he was given especially after his diagnosis with Leukemia. Clint was a kind, loving soul and to know him was to love him. He will truly be missed by all.

We love you Clint and you will never be forgotten. We can’t fathom how we are going to move on without you but have peace knowing you are free from pain and suffering. We can’t wait until that grand reunion when we see you again.

Clint is preceded in death by his father, Wayne Russell Walters and grandma, Jeanne Vanderpool.

We would like to thank all the nurses, doctors and aides that gave Clint such great care, especially his Oncologists: Zachary Reese at IHC in St. George, UT and Julie Asch at the LDS Hospital in Salt Lake City, Utah. We are so grateful for all their time and dedication in Clint’s treatment.

To send flowers to the family in memory of Clint James Walters, please visit our flower store.
Send a Sympathy Card