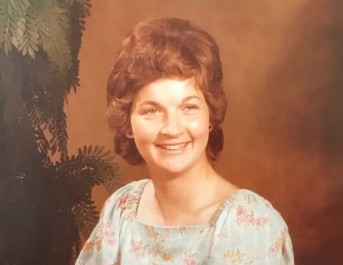 Our beloved wife, mother, and grandmother, Constance “Connie” Lee Mitchell, returned to her heavenly home while in the arms of her eternal companion on December 9, 2018 in St. George, Utah at the age of 71. She was born on October 13, 1947 in Vallejo, California to Thomas David Price and Dolores May Curtis Price as the second oldest of five children.

She grew up in Vacaville, California, where she came to know Henry “Fred” Frederick Anderson and his wife, DeAnne Dolores White Anderson Shelley, and they welcomed her into their family as one of their own. She went on to be sealed to them, officially becoming their daughter eternally.

She then met and fell in love with David Clyde Mitchell, and they were married for time and all eternity in the Oakland California Temple on November 22, 1967. They started their married life out together in Provo, Utah while David attended Brigham Young University and obtained his bachelor‘s degree in botany. It was there that they started their family by welcoming the first two of their six children, a son and a daughter.

They then relocated to Miami, Florida where he had been raised and his parents were still residing. There they went on to have four more daughters. She worked as a waitress to help support her family while also attending school to become a nurse. She successfully obtained her nursing license and worked as a nurse for a number of years there, mostly at Baptist Hospital.

Following Hurricane Andrew in 1992, they moved once again to Washington, Utah where she continued to work as a nurse and patient advocate, including many years at Porter’s Nursing and Rehabilitation, up until her retirement.

She was a natural caregiver and loved helping people. She always put the needs of others first, even at her own expense. She was truly humble and selfless and sacrificed for others, especially her children, never asking for anything for herself.

She spent many years doing genealogy work and research and served in numerous church callings. She also enjoyed sewing and crocheting. She was very creative and able to make something out of nothing.

She loved sports and was a talented athlete and coach. She was very involved in coaching her children’s city league teams on up to high school varsity teams at everything from basketball to baseball/softball and even volleyball, often leading them to championships, even when they were considered the underdogs. She was the one that always had the television turned to sports and then could be heard hollering at the players or referees as if they could actually hear her.

She was a wonderful cook. Even after her children were grown and began having families of their own, she would still prepare great feasts to bring them all together. She lived for her children and taught them the importance of hard work and always being good and honest. Although she never saw herself as such, she was very intelligent, and people frequently sought her counsel and advice. She had a way of finding and bringing out the best in people, inspiring them to do more and be better.

She had a tremendous sense of humor and could always find a way to laugh through the toughest of times. Despite facing difficult trials and adversities as well as multiple medical challenges throughout her life, she always strove to rise above them. She was strong and resilient. When life knocked her down, she would find a way to get back up again, never giving up, persevering and enduring to the end.

She is survived and will be sorely missed by her husband of 51 years, who was by her side day and night helping care for her right up until the very end; their six children, Jeffrey (Kathryn) Mitchell, Teresa (William) Hertzberg, Dora Mills, Andrea (Peni) Seve, Sarah (Matthew) Mason, and Rebecca (Jordan) Lindsey; their 26 grandchildren and two great-grandchildren; her mother, DeAnne Shelley; her sisters, Jan (Jim) Orton and Joyce Hamula; and her brother, Raymond Anderson.

She was preceded in death by her son-in-law, Chad Mills; her stepfather, Melvin Shelley; and her father, Fred Anderson, whom she dearly loved and with whom we are sure she had a wonderful reunion.

She will be laid to rest in the Washington City Cemetery near the home where they raised their children. A memorial service will be held on Saturday, December 15, 2018, at 2:00 pm in the Relief Society room of the Church of Jesus Christ of Latter-day Saints building located at 2583 East 350 North, St. George, Utah 84790.

The family wishes to express their appreciation to those doctors and staff at Liberty Dialysis and Dixie Regional Medical Center who cared for her as well as to Hughes Mortuary for their services.

To send flowers to the family in memory of Constance "Connie" Lee Mitchell, please visit our flower store.
Send a Sympathy Card