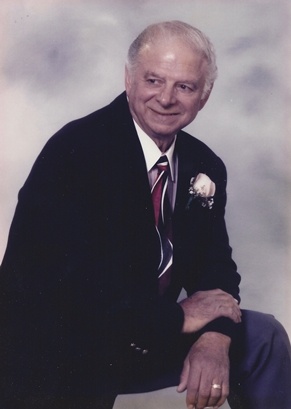 Constantine Gus S. Carras, age 85, passed peacefully on February 29, 2016.  He was born December 27, 1930 in Alexandria Egypt to Stamatia and Elias Carras.  He married Gail Clarke on June 3, 1998 in Reno, Nevada.  He was raised in Alexandria and joined the Merchant Marines.  He came to the United States at age 21 and traveled around settling in Salt Lake City, Utah.  He was an avid fisherman.  He enjoyed bowling and golfing.  He retired from Smith’s Food chain in 1995.  He was a member of the Greek Orthodox Church.  We will miss his sweet smile.  He is survived by his wife, Gail Carras; his children: Van Carras, Angela Carras (Jerry), Trevor (Trista) Carras and Shallyn Smith; his stepdaughters: Tamara (Micky) Olsen and Melissa (Robert) Edler; his grandchildren: Vanessa, Shanae, Danielle, Alex, Ashley, Nicholas and Nathaniel; his great-grandson: Christian; his step-grandchildren: Johnathon, Tristan, James and Aubrey; and his sister: Angela Seegan.  He is preceded in death by son: Christopher; mother: Stamatia; father: Elias; brother: Fanouri; sisters: Mary Effie.  Memorial service to be held in Salt Lake City, Utah at a later date.

To send flowers to the family in memory of Constantine Gus Carras, please visit our flower store.
Send a Sympathy Card