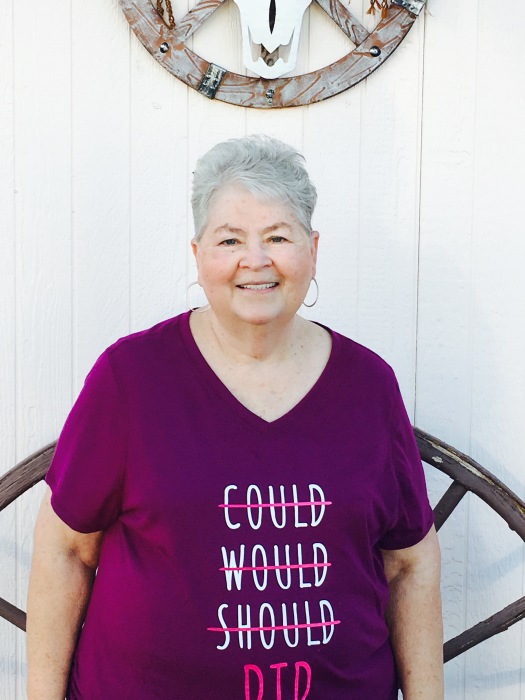 Corene Knight Schopp, age 72, passed away peacefully Friday,  December 21, 2018, at Dixie Regional Medical center in St. George Utah, surrounded by her loved ones. She was born August 26, 1946 in Panguitch, Utah, to Samuel and Emma
Davenport Knight. She grew up in St. George Utah, she was the oldest of six children, she graduated from Dixie High School in 1964 and later attended Continental Beauty College receiving her cosmetology license in 1965.  She spent most of her life just being a loving mother and house wife, but did spend some time as a  ranch cook in Montana, and many years as a waitress.  She also worked as a security guard at Deseret Laboratories for 8 years.  She was a great baker and could create a great meal out of nothing. She enjoyed arts and crafts, quilting, and could crochet just about anything she tried. She was a very hard worker, always willing to lend a helping hand to those in need. She is survived by her husband Harold Schopp, son Bryan (Cindi) Hopkins, son Brent (Rizza) Hopkins, daughter Misty (Chris) Mattson, step-daughter Sabrina Moran, step-daughter DesaRea (Wally) Burgess, Brother Orlo (Debbie) Knight of Blanding UT, Sister Irene Pollock of Washington, UT, Brother Merrill (Sue) Knight of St. George, UT, Brother Wayne (Donetta) Knight of Orem, UT, Brother Gary Knight of St. George, UT,  four grandchildren, five step-grandchildren, and 11 step-great grandchildren. She was preceded in death by her parents, son Daniel Shane Hopkins, her first husband Daniel W. Hopkins, second husband E. Allen Dorius, and step grandson N. Aaron Jacobson. Funeral services will be held Saturday, January 12, 2019, at 11:00 am. A viewing will be held just before from 9:00 am to 10:30 am at the LDS church located at 2583 East 350 North, St. George Utah, 84790.

To send flowers to the family in memory of Corene Knight Schopp, please visit our flower store.
Send a Sympathy Card