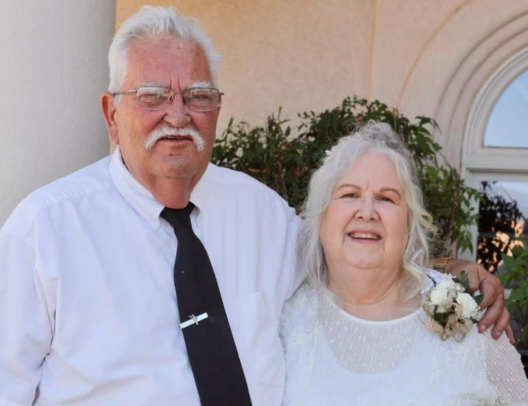 Curtis Emmanuel Ilkenhans Jr. (78) and Christine Eve (Taylor) Ilkenhans (72) passed away on July 1, 2020 in a tragic automobile accident in St. George, Utah. They celebrated their 51st wedding anniversary on June 4, 2020.  Curtis was born in Houston, Tx on Dec. 7, 1941 to Emmanuel Curtis Ilkenhans Sr. and Jennie Valanta Rice. He was one of 11 siblings and lived most of his childhood in Texas. He joined the US Air Force after graduating from Pasadena High School at the age of 18. He traveled all over the world while serving in the Air Force, having been stationed in Hawaii, Brazil, Greece, Vietnam, and Spain as well as many other postings in the United States. He married his first wife, Mary Jean Panzer, in 1961 at the age of 19. They had three children, Curtis Jr., Roy Lee, and Cynthia.  On June 4, 1969 he married the love of his life, Christine Eve Taylor. They were sealed for time and all eternity in the Salt Lake Temple on January 8, 1971. He served in the US Air Force for 20 years advancing to the rank of captain. While in the Air Force he served as a radio communications specialist and was able to attend the University of Oklahoma obtaining his bachelor's degree in accounting.  After his retirement he worked for the IRS and was self-employed. Christine Eve (Taylor) Ilkenhans was born on Feb. 20, 1948 in Oklahoma City, OK. to Joseph Robert Taylor and Willa May Whitley. She was the youngest of seven siblings. She spent all of her childhood growing up in Oklahoma City. She married her first husband, Donald Brantley, at the age of 17. They had three children, Larry, Robert, and Melissa. Curtis legally adopted Chris's three children and Curtis and Chris were blessed with three children of their own, James, Angela, and Elizabeth. At the age of 7, Curtis Jr., passed away in July of 1969 and Robert passed away at the age of 19 in Dec. 1986 from complications from muscular dystrophy. After Robert's passing they moved to Orem, Utah where they lived for 15 years until building their house in Brookside, Utah where they spent many happy years. Curtis loved to talk and was a "people" person. He loved to share his testimony of Jesus Christ and the restored gospel. He was very proud of his military service and was rarely seen without his Vietnam's Veterans hat on his head. Chris was a devoted mother and spent her time caring for her large family. She loved to sew, bake cakes, and  do puzzles. She always had a jigsaw puzzle she was working on. Chris spent her later years helping to care for her many grandchildren, especially those with physical disabilities. She found purpose and much joy in this service.

In lieu of flowers, donations may be made to the Muscular Dystrophy Association online. They will be interred at the Ivins City Cemetery in Ivins, Utah.

To send flowers to the family in memory of Curtis & Christine Ilkenhans, please visit our flower store.
Send a Sympathy Card