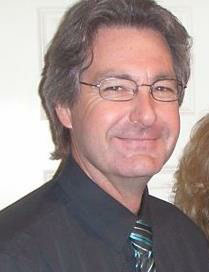 Dale Steven Gilbert died suddenly and peacefully in the backyard of his home in St. George, Utah on August 2, 2017 at the age of 55.

Dale was born in Las Vegas, Nevada on June 1, 1962 to Kay S. and Steve L. Gilbert. He was raised in Las Vegas and graduated from Western High School in 1980. He married his sweetheart of 37 years, Patricia Elizabeth Arendt on November 29, 1980. After graduation, Dale continued on to Hard Knocks University which he continued to attend until his death.

Although Dale was a native Nevadan, he also lived in California, raised his family in Cedar City, Utah, and lived in St. George. He made his living in construction, mining, and consulting. His work took him all over the world.

He worked hard and he played limitedly when his family and friends insisted he take time to enjoy some of his favorite things which included golf, snowmobiling, and scuba diving. He was currently finding time to enjoy every day life, and that included swimming with DeBoys (Dale loved his dogs), and staying current on the status of his team, the Miami Dolphins.

With all of his professional accomplishments, nothing made him prouder than his kids, his grandkids, his nieces, and his nephews and all of their accomplishments. He encouraged each of them to chase their dreams, and could be counted on to tease or dish out some of the best advice to be found anywhere.

Visitation will begin at 10:00 am (Mountain Standard Time) Saturday, August 12 in the Green Room at Tuacahn Center for the Arts, 1100 Tuacahn Drive, Ivins, Utah. Funeral services will follow at Tuacahn Amphitheatre at 11:30 am.

In lieu of flowers, donations may be made to Intermountain Therapy Animals of Southern Utah, www.therapyanimals.org. (801) 272-3439

To send flowers to the family in memory of Dale Steven Gilbert, please visit our flower store.
Send a Sympathy Card