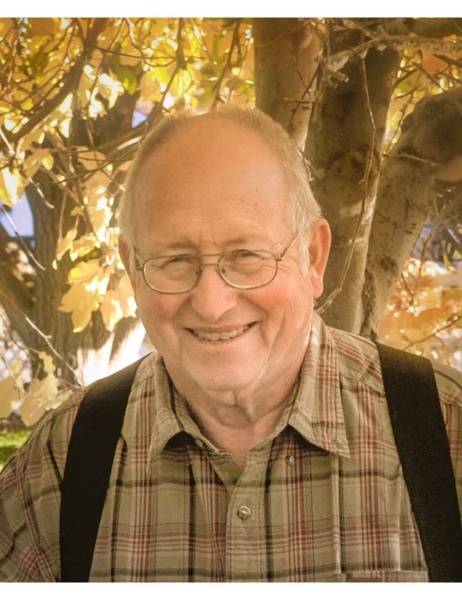 Longtime Soldotna, Alaska resident Dallas Ray Jones passed away due to complications from Covid August 19, 2021 in St. George, Utah at age 77. Funeral Services will be held at Buena Vista Stake Center, 860 North Fairway Drive, Washington, Utah 84780. A viewing will be held from 9am-10:45am Friday, August 27, 2021, with his funeral to begin at 11am. Burial will follow the services at the Washington, Utah City Cemetery.

Dallas was born on December 6, 1943 in Delco, Idaho to Floyd Ray Jones and Lillian Ellen Frost. He was the oldest of four boys. He worked on his familyâ€™s farm in Idaho as a child, then moved to St. George, Utah where he attended Dixie High School.  He married Marilyn Holt in the St. George, Utah LDS Temple on December 29, 1964. In 1967, shortly after the birth of their first son, they fulfilled a longtime dream and moved to Alaska. They had five more children together.

Dallas was a hard worker and started his own business building log houses and cabins. He also worked seasonally transporting Salmon and ice for local fisheries. He taught his children many skills and the importance of a strong work ethic. After Marilynâ€™s passing Jennifer Carlyle and her son Cody joined the family when Dallas married Jennifer in the Anchorage, Alaska Temple on January 23, 1999. They lived in Soldotna, Alaska then recently relocated to Washington, Utah.

Dallas loved to drive and made many trips traveling up and down the â€œAlcanâ€ (Alaskan Highway) with his family in tow. When the children were all grown and gone he and Jenny would jump in his truck and go on many adventures. Whether it be Zions, Gunlock to watch the wild turkeys, an old Ghost Town or to feed the wild donkeys in Arizona. He loved to get out and tour the countryside whether it was for a few hours, days, weeks or months.

Dallas loved watching or reading historical documentaries and westerns. He loved his family and would keep in touch with them with a phone call or visit to let them know he was thinking of them. He always had a mint or treat in his pocket for his grandchildren.

In Lieu of flowers, should friends desire, condolences may be sent to: Darren Jones at 95 Frontier Drive, Washington, Utah 84780.

To send flowers to the family in memory of Dallas Ray Jones, please visit our flower store.
Send a Sympathy Card