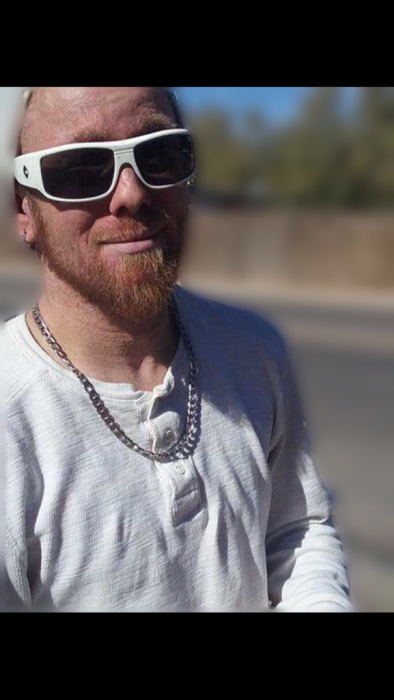 Daniel left us suddenly on August 8, 2017.  We will miss his strange choices of 80's rock band t-shirts, sunglasses and gargoyles.  Most of all we will miss his late night phone calls and his off-the-wall comments that kept us laughing.

Daniel was born on June 19, 1986 to Adalaide Gay Beck (Knight) and Danny Hugh Knight.  He was the fourth of six children.  As a Gemini he demonstrated a fun loving spirit and pure love for family and friends, often sacrificing his own needs or wants to make sure those around him were cared for.

As a child and teenager he was full energy (to put it mildly).  He is remembered for using his glasses to start fires in the dry fields near his home.  Affectionately known as “goof”, Daniel could often be seen riding an ATV, attempting plumbing and enjoying family dinners. Patty melts were a favorite food. If you wanted to see Daniel, he'd come over if patty melts were on the menu.

His nephew, Jason, was a close friend and “spirit brother”.  They spent all of their time together and would cover for each other when things went South.  Whether it was literally jumping through floors or daring each other to do something dumb- they were together.

If you want to remember Daniel play songs by Johnny Cash, Guns 'n Roses, Eminem and Elvis.  He would listen for hours and make sure everyone within 100 yards could hear.

Daniel's life was full of struggle, disappointments and defeats.  We admire the man that he was as he passed through the fires of mortality.  His life will remain a monument to us of enduring pain and disappointment without losing the joys associated with family and friends.

Daniel was a son, a husband, a father, a brother, an uncle and a faithful friend.  His good heart and love for family and friends are his legacy.

Daniel is preceded in death by his mother, Adalaide and, nephew Richard Madsen, his sister Melissa Rose Knight, and grandmother, Juanita Gay Beck.

Daniel, we will miss you! Know that your life and your death brought us together as a family to better understand how precious life really is.  May this peace and our love carry you to God.

Memorial Services will be held on Saturday, August 19th at 10am –

Carry on my wayward son! There'll be peace when you are done.  Lay your weary head to rest.  Don't you cry no more. - Kansas

To send flowers to the family in memory of Daniel Alan Goff, please visit our flower store.
Send a Sympathy Card