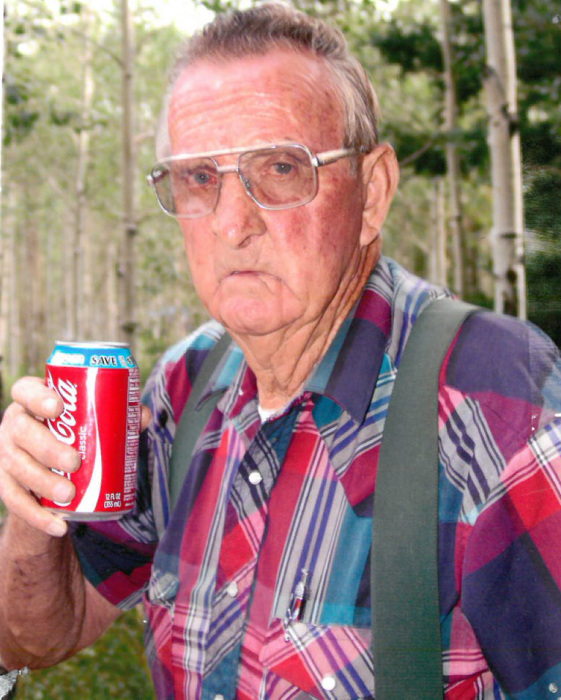 Daniel Harris Perkins, master fence builder extraordinaire, (once referred to as the “Michael Angelo of fencing”) left his current location on July 30, 2018 to build closer to family on the other side of Heaven.  Dan was born at home on November 26, 1932 to Willard Mackelprang Perkins and Annie Elizabeth Harris in Cedar City, Utah; he was the ninth of ten children.  Dan had an active childhood helping his father with cattle on the mountain and in the valley.  After local schooling, he decided to join the Air Force and enjoyed nine years in that capacity.  Staff Sergeant Perkins served in the Strategic Air Command as crew chief of plane maintenance for his assigned group; he was nominated as maintenance man of the month for the whole second Air Force for his leadership abilities and accuracy.  Dan was a world traveler as he was stationed in many countries such as North Africa, Japan, England, Greenland, and Turkey.

Following his service, Dan returned to Cedar City where he met and married Marsha Anne Evans.  Initially, he worked for several construction companies which required him to travel.  To stay close to his growing family, he began fencing.   While trying to get his fence company off the ground, he spent a great deal of time doing concrete with his father in-law Harold Evans.  As he balanced both venues, his fencing business took off and lasted 46 years.   They were blessed with a diverse and abundant posterity which includes six children, 23 grandchildren, and 24 great-grandchildren with two more expected to arrive later this year.  Dan also mentored many nieces and nephews who love and adore him for his steadiness and his work ethic.  It could be argued that Dan ran a boardinghouse along with his business as a host of relatives, and friends (even strangers occasionally) would stay the night at “Hotel Perkins.”  It was not unusual for Dan and Marsha to go to bed with the Living room empty only to find it occupied with someone on the couch the next morning.  He was well-known for his excellent taste in Christmas trees which he carefully selected and sold to repeat customers year after year.  Dan desired to keep the home fires burning as one could assess by the size of his wood pile; he knew every tree he took personally.

He retired at 81 years of age, yet he still continued to deliver materials and assist in other ways from time to time as he passed his company to his youngest son where several of his children continue to work in the family business.    Recently, Dan and Marsha celebrated their 53 wedding anniversary, an event that could only be surpassed by two recent Saturday trips to the mountain to increase his already substantial woodpile.

His life will be celebrated Saturday, August 4th at the Rock Church in Cedar City, Utah: 79 E. Center St.  The viewing will be from 9:00-12:00 with the service beginning at 12:30.  The burial will be at the Cedar City Cemetery.

To send flowers to the family in memory of Daniel Harris Perkins, please visit our flower store.
Send a Sympathy Card