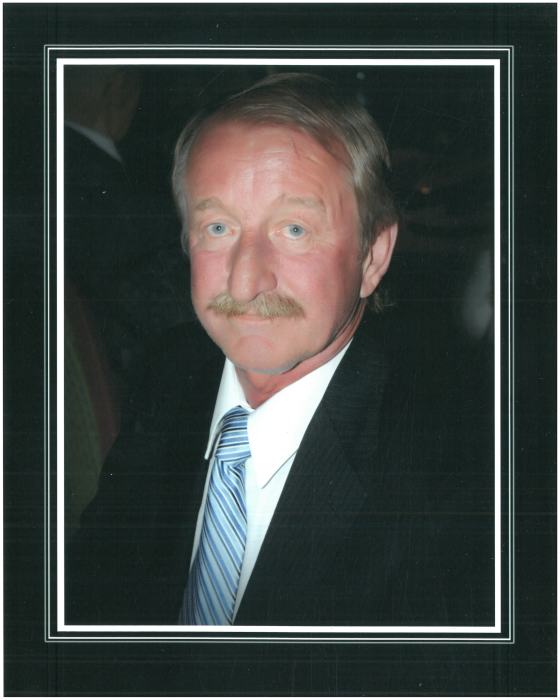 Washington, UT -John “Danny” Thorpe, 63, passed away on Wednesday, April 8 th , 2020 after a short battle with colon cancer. Danny was born May 20, 1956 in Napa, CA to Roy and Polly Thorpe. He lived most of his early life in Santa Maria, CA. He graduated from Righetti High School in 1974, and met his wife, Carol at graduation practice. They were married on February 22 nd , 1975. Danny took over the family business and ran Thorpe Plumbing until he moved his family to Washington, UT in 1992. Once he moved to Utah he found his place working for the city of Washington in the water department. He used his extra time to build his final home, the one he and Carol have lived in for 24 years. Danny retired from the city at an early age due to an injury, and has been enjoying the retired life. He became an avid fan of NASCAR, using his John Deere tractor to keep up on his acreage around the house, and enjoying his grandchildren. He is survived by his wife Carol, son Daniel Thorpe, Seattle, WA, and his daughter Crissy Morris, Washington, UT. He also leaves behind his grandsons Andrew Thorpe and Aaron Morris and his granddaughters Hannah (Carson) Dover, Taylor and Cameron Thorpe, and Abbey Morris. A viewing will be held on Monday April 13 th , 2020 at 11:00 am at Hughes Mortuary, with a graveside to follow.

To send flowers to the family in memory of Danny Thorpe, please visit our flower store.
Send a Sympathy Card