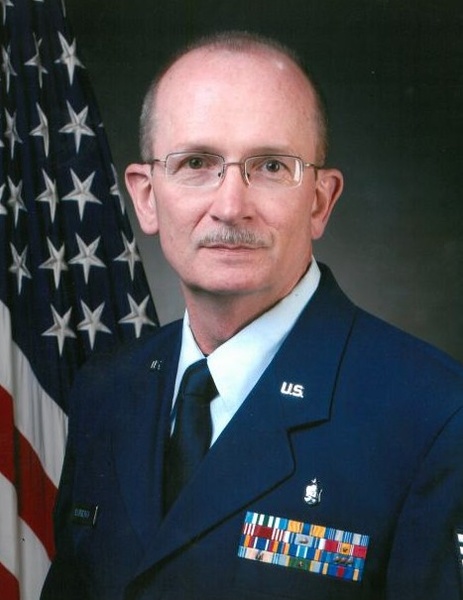 David (Dave) Alma Alldredge (aged 67), First Sergeant (RET) USAF, passed away Tuesday, July 10th, 2018 of natural causes in St. George, Utah. He was the son of the late Chester Parson Alldredge and Marjorie Hamnet Alldredge. He was preceded in death by his sister, Linda Alldredge, brother-in-law, Joel Hall, and granddaughter, Lily Dee Alldredge.
He is survived by his best friend and loving wife of nearly 20 years, Laura Alldredge, her children, Antonio Gardunio and Desra Cordova (Tony Anderson), and grandchildren, Alyssa and Joel Gardunio, Angelica and Diego Delgado, and D.J. Anderson. He is also survived by his children, Michala, Anjeanette (Jason Carter), David and Andrew Alldredge (children of Denise Ormond), and grandchildren, Louisa and Simon Carter, as well as his siblings, Joyce Hall, Doug (Joy) and Adrian Alldredge, and many nieces, nephews, cousins and friends. He leaves behind two beloved dogs, Lola and Milo.

Dave was born December 16th, 1950 and grew up in Alpine, Utah. He graduated from American Fork High School in 1969. During high school he worked as an upholsterer and continued to do so as a hobby after graduation. He then joined the Army and completed Basic Training at Ft. Lewis, Washington, and the x-ray technician training course at Ft. Sam Houston, Texas. During his seven-year enlistment, he served in Georgia, Kentucky, Idaho and Germany. After his full-time service, he became a dedicated soldier in the Utah Army National Guard for several years. He was honorably discharged, then later joined the United States Air Force Reserve at the 419th Fighter Wing at Hill Air Force Base, Utah, where he served until he retired on July 4th, 2010. One year, he was nominated airman of the year, and due to receiving this honor was able to ride in an F-16 fighter jet - a thrilling moment he loved to recount. He was a true patriot and proudly served his country throughout his life.
After his Army enlistment ended, he moved his family back to Utah and began his career as an x-ray tech, working at various hospitals and clinics throughout the state, most notably at Orem Community Hospital, the Salt Lake Clinic, and the VA Medical Centers in Salt Lake City and St. George. His years working at the VA were some of the most challenging, yet rewarding, of his career. His gentle demeanor and compassion extended to all the patients and staff he worked with, and he was especially dedicated to serving his fellow veterans.

He loved the outdoors and was an accomplished photographer. He enjoyed taking road trips and RVing with his beloved wife and dogs. They travelled extensively and captured many beautiful photos throughout Utah and the intermountain West. They particularly loved spending time in Capitol Reef National Park.

Dave was a dear and loving husband, father, grandfather, uncle, brother and friend to many, and will be sorely missed. We love you, rest in peace until we meet again.

To send flowers to the family in memory of David Alma Alldredge, please visit our flower store.
Send a Sympathy Card