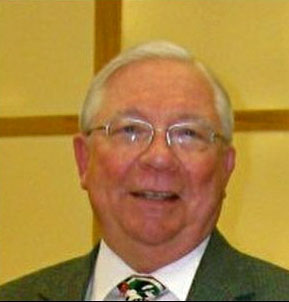 David Morley Despain passed away peacefully at home from natural causes on Monday, November 27, 2017. He was 76 years old.

He was born in Gunnison, Utah on April 18, 1941 to Clive Russell Despain and Wilma Morley Despain. He attended Centerfield Elementary School and graduated from Gunnison Valley High School, where he was active in sports, including the varsity basketball, baseball and track teams. He played the baritone and trumpet in the high school band.

He served for two years as a voluntary full-time missionary for the Church of Jesus Christ of Latter-Day Saints in the Northeast British Mission. He served in the Utah National Guard while attending Brigham Young University, where he graduated with a Bachelor of Science degree in Accounting. While attending BYU, he met Dona Lee Cooper; they were married in the Los Angeles Temple on May 28, 1964. Together they have five children, and at the time of his passing, 22 grandchildren and one great-grandchild. He loved his family.

He was employed by Celanese Chemical in Bay City, Texas; EIMCO Mining Machinery, Intermountain West Insulation and Economy Builder’s Supply in Salt Lake City, Utah; as a partner in various technology and contracting firms based in Alpine, Utah; and as co-owner/operator and wrangler at Pine Valley Lodge in Pine Valley, Utah.

In addition to his full-time missionary service as a young man in England, he also served Church missions on Temple Square in Salt Lake City, Utah; with his wife as supervisors and co-directors of the Member Location Services Department in St. George, Utah; as an ordinance worker at the St. George Temple; and they served as Area Senior Missionary Coordinators from home in Washington, Utah. He served as counselor in four LDS ward bishoprics. He loved teaching the gospel and he served in many other ward and stake callings in the Church.

To send flowers to the family in memory of David Morley Despain, please visit our flower store.
Send a Sympathy Card