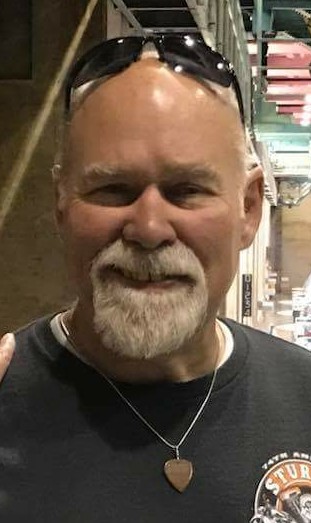 Whenever we embark on any journey, we like to have some assurance of a round trip ticket. Returning from Earth to live in our heavenly home requires passage through the doors of death. (Russell M. Nelson)

David departed Heaven for his journey to Earth on August 17, 1959 arriving in Cleveland Ohio to David Allen Linden Sr and Sharon Lynne Farrow Linden. Being a child of a military father, he traveled to San Antonio, Texas, Denver Colorado and finally El Paso, Texas. He graduated from high school and soon after married his sweetheart, Bonnie Renee Butler on September 29, 1984. After a few years in El Paso, they moved to North Hollywood, California where he managed an auto stereo store. He started his own audio installation business and later sold it. They moved to Cottage Grove, Oregon where David worked installing high end audio equipment.  They finally settled in St George and after working for an audio shop, David opened his own business, Traffic Jams.

David is one of those persons who left an indelible mark on our lives.  Full of zest for life, joy in everything and a sure testimony of the Savior Jesus Christ, he blessed the lives of many people. To quote a few of those who left their thoughts on social media:

“…David was one of the happiest people I have ever known…he didn’t judge people by their mistakes. He simply loved them for who they were…”

“…I loved hearing him share his deep, humble testimony of Christ…”

“…with even one brief encounter with him, you experience a zest for life that is often unmatched…”

“…he wasn’t ashamed of the gospel and boldly shared it every chance he got. We imagine him passing through the veil and saying “wow! This is really cool!”

David was a creative genius with too many talents and ambitions to complete in one human lifetime.

He will be remembered for his love of Harley Davidson motorcycles, fishing with his buddies, collecting guns, listening to “good” music, his infectious laugh, broad smile and his strong testimony of Jesus Christ.

David used his return ticket to Heaven on January 10, 2018 at the young age of 58. He was preceded in death by his mother, Sharon L. Holt.  He leaves behind his loving wife, Bonnie , of 33 years; his father, David Linden Sr, (Linda) Prescott, AZ; a brother, Jeff (Leslie) of Orlando, FL; a brother, Kurt (Terri) of Preston, ID; a sister, Laurie Balderas (Rick) of El Paso, TX; 13 nieces and nephews, many heartbroken friends and a lot of unfinished projects.

To send flowers to the family in memory of David Allen Linden Jr., please visit our flower store.
Send a Sympathy Card