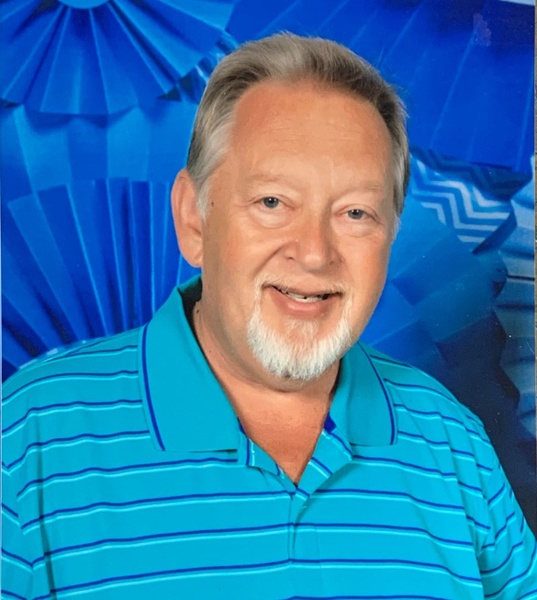 I imagine there was quite a show held in Heaven as our beloved husband, father, grandfather, son, brother, and uncle, David Robert Lukes, was welcomed on stage by the Lord on Friday December 3rd , 2021. Dave was born on July 5th, 1958 and was the second of four children to Bob and Glenna Lukes. He spent most of his life in Northern Utah.

He met the love of his life, Jilleen, in 1975 on a blind date with someone else. He claimed that she stated that she hated drummers but apparently that didn’t stop them from falling in love. They married in the Salt Lake Temple on November 4th, 1977. They soon began creating a family and ended up with 3 pretty amazing kids, Miranda, Morgan, and Kennon. Before Dave married Jilleen he began working for Wheeler Machinery due to his Father in law stating that the only way he’d let him marry her was if he had a good job. He was a very loyal and hard working employee who retired with the same company 44 years later.

Dave had a variety of hobbies that he thoroughly enjoyed. He was a wonderful wood worker and loved building items for his loved ones. He also had a love for fishing, golfing, traveling, and entertaining crowds of all sizes with his drumming skills and bandmates. One of his highlights was being able to play on stage with Merrill Osmond. It was a dream come true for him.

Dave was always known as “one of the great ones”. He had a way of making anyone and everyone feel right at home. He left people feeling loved and cared for more than anyone I know. He truly had a huge heart and a smile that was very contagious and although his jokes were questionable at times, his laugh won you over regardless.

His favorite memories were made when he was surrounded by his children and grandchildren. He had a special relationship with each one and made sure they knew that they were the most important people in his life. He encouraged and supported them in all their endeavors while often sacrificing his own pursuits. From dance performances to sports games, he was always their #1 fan. His presence will greatly be missed.

Dave is survived by his wife Jilleen, of 44 years, children Miranda (Chad) Pugh, Morgan (Cody) Fenstermaker, and Kennon Lukes. Twelve grandchildren; Miridyan, Kyron, Evalyne, Jayven, Abram, Paityn, Lily, Eli, Emma, Maddison, Ashton, and Aunna. He was preceded in death by his parents Bob and Glenna Lukes, his sister Deborah, and his mother and father in law.

There will be a viewing at Hughes Mortuary on Thursday Dec 9th from 6-8pm. The funeral services will be held Dec 10th at the Church of Jesus Christ and Latter Day Saints located at 3519 Manzanita Road in Saint George at 11:30 with a viewing beforehand beginning at 10am. The burial will take place afterwards at the Tonaquint cemetery.

If any donations would like to be made, a GoFundme account has been set up https://gofund.me/99c31609 or Venmo @Mirandapugh

To send flowers to the family in memory of David Robert Lukes, please visit our flower store.
Send a Sympathy Card