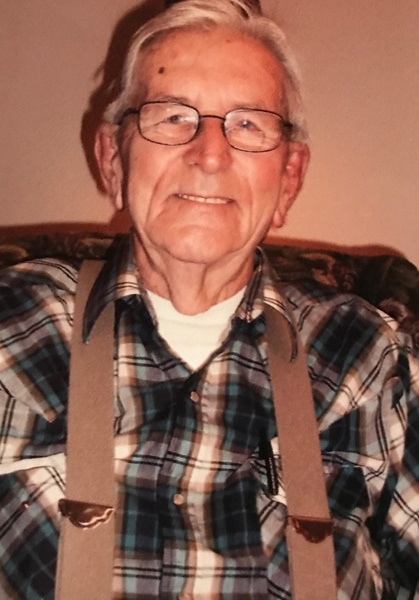 David Lee Tucker, age 86, passed away Friday, September 8, 2017 at the Southern Utah Veterans home of complications from hip surgery.  He was born in Columbus, Ohio on September 30, 1930 to Walter Hollis Tucker and Dorothy Mae Ely.  He married Faun Beth Harker on November 12, 1983.

David was the eldest of the siblings (all deceased), Donald Leigh, Joanne Garcia, Ray and Walter Hollis Jr.  They grew up in very humble circumstances in Circleville, Ohio.  David loved hunting and fishing with his grandfather, Charles Tucker.  He held the Ohio state title for the longest soft ball throw.  At the age of 16 he volunteered for the US Army at the end of WWII.  He trained as a Ranger carrying a 50 lb. pack for 20 mile hikes.  He was injured during  the Korean War and spent time in the hospital with a head injury.  He suffered from Post-traumatic stress disorder after an incident in Korea.

David attended college in California and worked as an electrician and in maintenance work.  His work moved him to many states, New Jersey, North Carolina, Florida, Texas, Colorado, New Mexico, Arizona, California, Wyoming and finally Utah.  He also worked as a technician at Cape Kennedy, Florida for the Apollo XIII Mission and Lunar Excursion missions.  David could fix almost anything, especially plumbing, electrical or mechanical.  He had great charisma and a kind heart for the less fortunate.  He loved the outdoors and lived in remote locations as a campground host in his later years.

To send flowers to the family in memory of David Lee Tucker, please visit our flower store.
Send a Sympathy Card