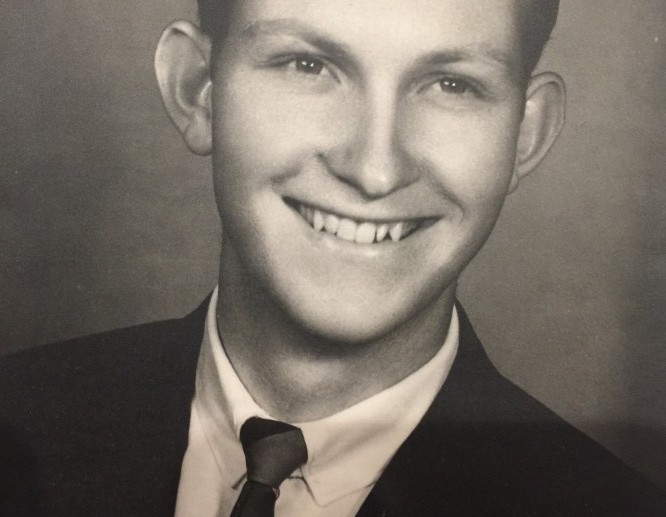 Dean grew up in St. George, Utah and he spent his summers working on the family potato farm in Enterprise, Utah. He had a vibrant and lively childhood surrounded by family, animals, and hard work. He was a sensitive and loving young man who was known for his brilliant mind and passion for learning. Once, a neighbor spotted him plowing a field on a tractor with a book propped on the steering wheel. The story was retold throughout the years because it seemed to characterize him so well.

Dean graduated from Dixie High School in 1964 and later served an LDS mission in Brazil. After his mission he returned to St. George and graduated with honors from Dixie College. He met his first wife Leslie Cornelius there.  They married in 1968 and were sealed in the LDS Temple. The couple relocated to Salt Lake City where Dean attended the University of Utah.  Dean was planning to study medicine, but with the risk of being drafted into the Vietnam War he decided to join the ROTC program. This decision profoundly shaped the rest of his life as it led him to discover his passion for flying.

After graduating with a degree in physics Dean received his commission into the United States Air Force. During his career Dean distinguished himself as an accomplished aviator, which would serve to guide his career in the education of other Air Force Aviators during his 24-year Air Force Career before his retirement as a Lieutenant Colonel. As his career progressed, his focus on the standardization and evaluation of Air Force C-130 flight crews continued to grow in breadth of scope and size of responsibility. Roles such as Assistant Chief of Wing Standardization and Evaluation for the 374th Tactical Airlift Wing, Chief of Academics for the Tactical Airlift Instructor School, and as a Military Airlift Command Evaluator Pilot helped prepare him for later positions such as Deputy Commander and Chief of Simulator Certification in which he directly tested and evaluated major training modifications, as well as quality assurance with the C-130 Aircrew Training System (a system which is still in place and operating today). Dean’s initial work in this area as a Senior Engineer carries his legacy with each generation of C-130 Aircrew that have followed, and continue to follow in his footsteps today.

Dean and his first wife Leslie had four children together: Golden, Amanda, Ashley and William (Jade). They traveled with the Air Force and were stationed in Arizona and North Carolina before Dean left the Air Force and the family returned to Utah, where he operated his potato plant. The couple divorced in 1978 and Dean rejoined the Air Force, this time taking him to the Philippines and other places until 1985 when he transferred to Little Rock Airforce Base in Arkansas. He earned a Master’s of Science degree from the University of Arkansas and served out the rest of his career in Arkansas. He considered himself very fortunate to have been able to spend the majority of his career flying airplanes, which he truly loved.

While living in Little Rock, Dean met the love of his life and future wife Floyce Marlene Lewis of Benton, Arkansas. The couple married in 1987 and with the marriage Dean gained a daughter and son, Leasa and Marvin. Upon their marriage the couple agreed they would remain in Arkansas, where Marlene has strong family ties.

Dean was content to make Arkansas his home, but always held a special place in his heart for Southern Utah. The couple enjoyed travel and spent vacations taking RVs across the country, including trips to visit family in Utah and Arizona. He also loved fishing, computers and basically any kind of new technology or gadget. He was brilliant with any engineering project from minor household repairs to sophisticated airplane engineering.

Dean and Marlene had over three happy decades together, though their retirement plans were cut short in 2015 when Dean was diagnosed with a brain tumor. He survived tumor removal surgery only to suffer a series of disabling complications. In January he contracted COVID and eventually passed away due to complications from the illness.

In honor of Dean’s final wish, following a memorial service in Benton, Arkansas, he will be laid to rest with military honors at the Holt Family Cemetery near Enterprise, Utah. A brief memorial service will be held at the Hughes Mortuary in St.George, Utah, on Saturday February 20, 2021, at 11:00 a.m. This service will be live-streamed through the Hughes Mortuary website in order to allow friends and family to safely pay their respects.

To send flowers to the family in memory of Dean Ward Holt, please visit our flower store.
Send a Sympathy Card