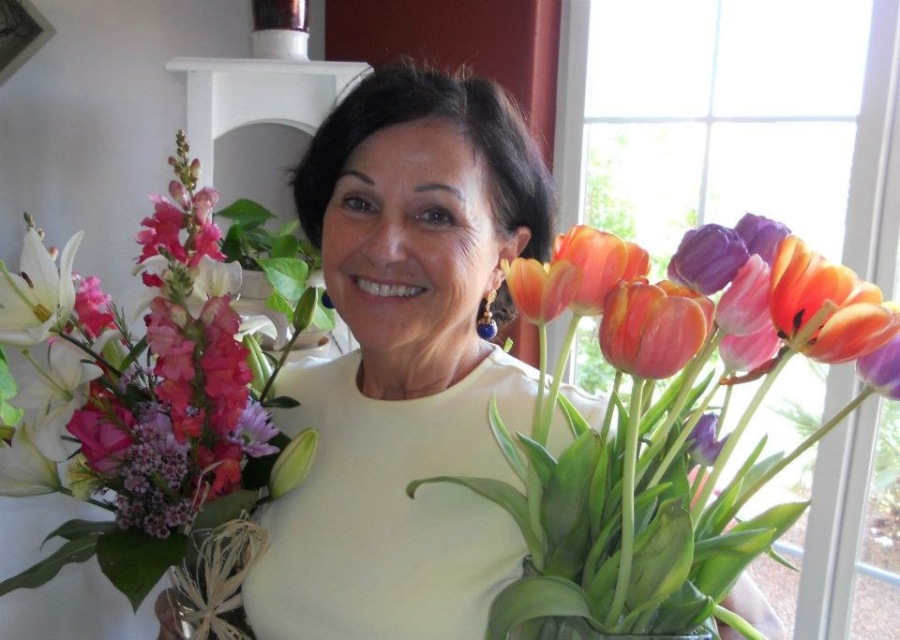 Deanna was raised in southern Kentucky in a small cabin in the woods, where she & her family would walk down to the creek to get their drinking water. She also attended a one room school house. She left Corbin, KY in her early teens to go live with her older sisters in Ohio. At age 18, she moved to California to live with her sister, Rella. She met her husband (aka her soulmate) in 1966 on the Air Force Base in northern California. They were married on July 29, 1967. In 1969 they moved to Santa Barbara, California, so John could go back to school. This is where they started their family. Their son, Jeremy, was born in 1972 and Jason was born the very next year. From there, they moved to Sacramento, where John started his photography career and Deanna worked as a checker at a nearby grocery store. She worked several amusing jobs in the beginning of their marriage, including being a lightbulb tester and a walnut sorter. After two years, they moved to Payson, Utah, where she and John had the opportunity to name their new town there, Elk Ridge. This is where their family grew to include three daughters, Joanna, Amanda, and Tara. In Utah, Deanna became an avid runner and worked as a respiratory therapist. She absolutely loved working with people, so throughout her life the jobs she enjoyed most were those which involved meeting new people, such as respiratory therapist, bank teller, grocery checker, and most recently, a flight attendant, which was her all-time favorite job. After a few years, she and John moved their family to Ohio and then to Kentucky, to be nearer to her family. After their children moved out and were married, she and John moved to southern Utah. Deanna loved running and biking in the beautiful scenery here in St. George. She ran 5 marathons, numerous other races, trained in martial arts, and earned 7 belts in karate. John would always say she could already outrun him and now she could beat him up too. She also loved to hike and bike and visit the national parks. She especially loved Zion. On May 14, 2005, Deanna was sealed to John in the St. George LDS Temple for time and all eternity.

Funeral services will be held on Friday, April 29, 2016 at 11am at the Church of Jesus Christ of Latter-Day Saints located at 3680 Pioneer Parkway in Santa Clara, Utah. A viewing will be held prior to the services from 9:30-10:30am at the church. Interment will take place at the Santa Clara Cemetery.

To send flowers to the family in memory of Deanna Ruth Johnon, please visit our flower store.
Send a Sympathy Card