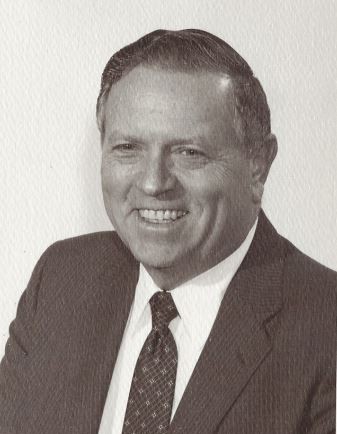 Delmar D. Vail, 91, passed away on Tuesday, 24 August 2021 with family by his side. Delmar was born 02 September 1929 in Pocatello, Idaho, to Iona and Elvin Vail. On 27 December 1950, Delmar married his sweetheart Shirley Mae Lloyd in Pocatello.

Delmar graduated from Pocatello High School in 1948, Idaho State College in 1951, and in 1953 University of Idaho with a Bachelor’s in Forestry Recourses, Majoring in Range Land Management. While at the University of Idaho, he joined the Marine Corps ROTC and served in active duty from 1953-1955 as a 1st Lieutenant. Delmar worked for the Bureau of Land Management during his summers, and, once graduated, he became a permanent BLM employee in January 1956. During his 38-year career with the Department of Interior, Delmar worked in five states and the District of Columbia. Delmar started out as a Range Conservationist but quickly moved up through the BLM ranks. This career included the Assistant District Manager of the Boise (Idaho) District Office in 1964; District Manager in Cedar City, Utah in 1967; District and Land Office Manager at Riverside, California; Associate State Director of Wyoming, Assistant Director; Lands and Renewable Resources and then Deputy Director for Land and Renewable Resources in Washington, DC.  In 1983, Delmar became the Director of the BLM’s Service Center in Denver, Colorado, and proudly finished his career as the State Director of the BLM in Idaho in 1994, having served in that position from 1985 to 1994.

Delmar enjoyed hunting, fishing, and Dutch oven cooking; his Dutch oven peach cobbler was always a hit at family reunions. And as much as he enjoyed these other activities, his family was his focus, his joy. His generosity touched every member of the family, and Delmar was generous with whatever he had, money, tools, and most importantly his time. He was always willing to lend a hand or a shoulder to cry on. He was compassionate and acted on the compassion by helping others.

Del loved and cared for his and Shirley’s parents, and they enjoyed a closeness until each of their passing.  No matter how many places they lived, the Vail family traveled home to Idaho to be with Grandparents and Aunts, Uncles, and cousins for Christmas and Summer vacations. The family traveled to many parts of his beloved state of Idaho throughout the years, and he often arranged family outings to the place he referred to as “heaven,” what was then the family ranch.

Above all, his love for his wife had a special sweetness that brought joy to anyone who saw it--you could feel their love, their connection, and that was the sweetest thing of all. Shirley passed away 27 July 2004.

Delmar is survived by his five daughters, Susan Barkley (Larry), Cynthia Brant (Greg), Nancy Ballou (Mike), Becky Zumbo (Dan), and Linda Higbee (Robert). Delmar was a grandfather to 16 grandchildren 25 greatgrandchildren and 1 great-great grandchild. He is also survived by his sister, Dorothy Dickerson, and the many family and friends who will miss him.

Del’s daughters would like to thank the Staff and residents of The Haven at Sky Mountain in Hurricane, Utah, for their love and compassionate care for their father.

In lieu of flowers, please send donations to “We Are Here; The Megan Joy Foundation in honor of Delmar D. Vail” (https://www.gofundme.com/s?q=delmar%20vail) or Public Lands Foundation for American Heritage (https://publicland.org/donate/).

To send flowers to the family in memory of Delmar Dee Vail, please visit our flower store.
Send a Sympathy Card