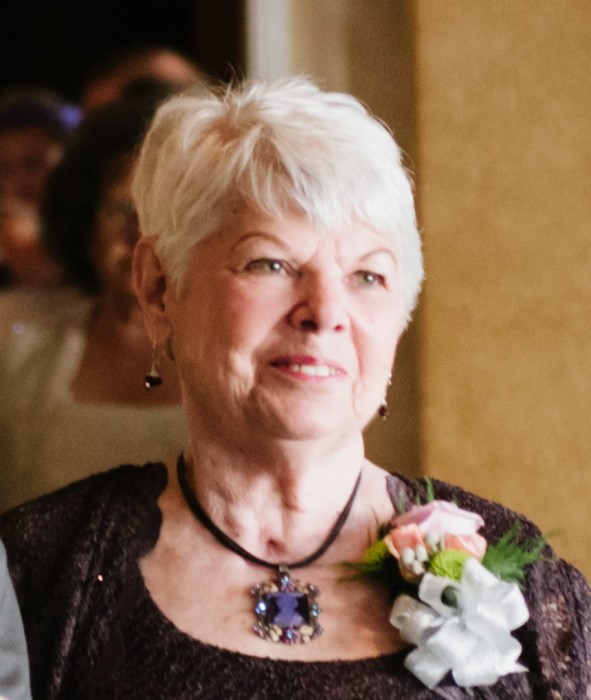 Delores Jean Mickley (Friedman) age 76, passed away peacefully in her home away from home in St. George, Utah, on Friday evening December 22, 2017.  Dee was born in Akron, Ohio, on April 28, 1941 to Nickolas John Friedman and Anna Marie Friedman (Metz).  She was the youngest of six children, where her oldest siblings, Esther, Ruth, and Elsie, were born 16 to 22 years prior, and were already married or out of the house not long after Dee’s birth.  She actually attended school with some of her nieces/nephews of whom called out “Hi Auntie” as they passed her in the hallways.  She grew up with Nick and Tom, her two older brothers in the small city of Uniontown, Ohio and graduated from Lake High School in 1959.  When Dee married Charles (Lon) Mickley in 1962, a whole new world opened up to her to including moving from base to base as the wife of an Air Force Officer.  Between 1963 and 1969, Dee and Lon had four children born in three different states before they settled back in the Canton, Ohio area.  In 1982, Lon and Dee parted ways and Dee went on to become a Personal Lines Supervisor with Leonard Insurance Services.  Dee loved to read, play cards, entertain friends and spend time with family.  After retiring in 1997, she became acquainted with dear friends affectionately known as the Golden Girls.  They loved playing cards, going to concerts in the park, taking vacations and keeping each other current about the lives of their children and grandchildren.  Her friends and family describe her as a beloved Grandmother, Aunt, sister-in-law and caring friend with­­ a gentle soul and a tender heart.  In time, Dee moved to Utah to be closer to some of her children and grandchildren, allowing her to spend additional quality time with those family members.

To send flowers to the family in memory of Delores Jean Mickley, please visit our flower store.
Send a Sympathy Card