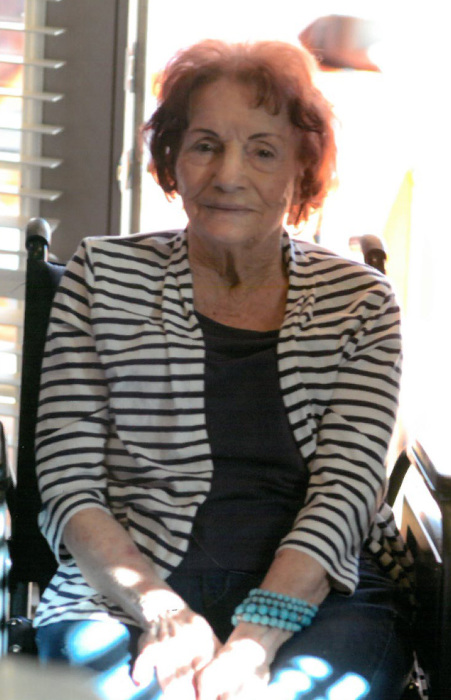 She grew up in Manderfield, Utah where they had many happy memories with her family.

She always said they lived a simple but exciting life riding horses, trips to the mountains hunting and doing chores. They lived in Manderfield about 17 years and eventually moved to Beaver. Desma adored her mother and father and would always say how gentle and kind they were.

She met her high school sweetheart Lavoy Maycock in Beaver and they were later married on February 12, 1947. Together they had 4 boys, Eddy (deceased) Steve, Larry and Craig.

They eventually moved to Sulphurdale, Utah for a short time and then moved to Fillmore, Utah for several years. In 1963 they moved to Beaver and would reside there the remainder of their years. On August 9, 2018 they were married and sealed in the Manti Temple for time and all eternity. They worked in the St. George Temple for several years and later served a 2 year mission for the LDS church in Cove Fort, Utah.

They had a very active and happy life traveling and enjoying their family.

Our family would like to express our appreciation to all the staff at the Beaver Long Term Care, they are AMAZING. We are so grateful to Dr. Oakden and all the nurses for the many years of service and care they have provided

To send flowers to the family in memory of Desma Edwards Maycock, please visit our flower store.
Send a Sympathy Card