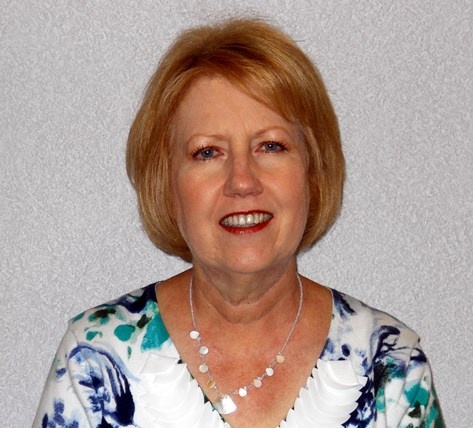 Diane Montgomery Kunkel passed away in St. George, UT, following a brief illness, on September 10, 2015. She was born May 28, 1955, in Fort Ord, CA. She was the oldest of five children of Melvin J and Ruth Annette Cowley Montgomery. She graduated with honors from Clearwater, FL, high school, where she was well-liked by many and showed exceptional talent in mathematics. She then attended BYU and graduated in 1977 with a Bachelor of Science degree in home economics. Diane married Mark A. Kunkel in 1978 in the Salt Lake Temple. She spent 30 years of married life as a devoted stay-at-home mom, community volunteer, and lovingly serving her church family.  Following a divorce, she worked as an enthusiastic activity director at an assisted living center in Carrollton, GA, and then a devoted caretaker for Care to Stay Home in St. George. Diane was a selfless and loving mother and grandmother to her four children and five grandchildren. Her grandchildren especially loved their grandma reading books to them, playing games with them, and baking pies and cookies together.  Her family spent their years together in Provo and Kamas, UT; Tullahoma, Knoxville and Nashville, TN; Merida, Mexico (where Diane thrived and made many friends despite not knowing Spanish at first); Lubbock, TX; Auburn, AL; and Carrollton, GA. Diane’s final two years were spent living with her parents, whom she considered her best friends, in St. George, UT. Diane was a faithful member of The Church of Jesus Christ of Latter-day Saints. She served in many callings such as organist, choir director, and most recently as single adult representative in the Mall Drive Branch. One of her favorite callings was early-morning Seminary teacher for seven years where she was able to use her extensive knowledge and love of the scriptures to inspire countless teenagers, many of whom went on to enroll at BYU, serve missions, and have temple marriages. Diane was an accomplished pianist, a talent she passed onto her children, and had a great love for uplifting music and drama. She took advantage of the many outstanding cultural activities in St. George, inviting friends and neighbors to enjoy them with her. Christmas was her favorite holiday and she started a popular tradition in her family of a Christmas Eve program in which family members performed songs, read scripture verses, and more. Perhaps Diane’s greatest quality was her fellowship to hundreds over her lifetime. She had a unique ability to seek out those who were lonely and make sure they felt loved and included. She was well-known for the pies she baked people for their birthdays and the homemade bread she made each week for Sacrament Meetings. For most of her life, she owned a mini-van so that she always had enough seats to give others rides.  Diane went about doing good all her days. She is survived by her two daughters and two sons, Lisa Cook (James) of Broken Arrow, OK; Marianne Kunkel (Dave Nall) of St. Joseph, MO; Nathan Kunkel of Provo, UT; and Scott Kunkel of Provo, UT. She is also survived by her parents, brothers Kent of Ft. Collins, CO; Todd of Orem, UT; and Mike of Centerville, UT; a sister, Annette Whitlock of Lancaster, PA; and five grandchildren (Ethan, Lilah, Juliet, Oliver, and one on the way). Funeral services will be held Tuesday, September 15, at 11:00 a.m. at the Mall Drive Chapel, 259 North Mall Dr., St. George, UT. A viewing will be held in the Relief Society room at the chapel prior to the services, from 10:00 to 10:45 a.m. Graveside services will follow the next day, September 16, at the Heber City, UT, cemetery at 1:00 p.m.. Arrangements entrusted to the care of Hughes Mortuary.

To send flowers to the family in memory of Diane Kunkel, please visit our flower store.
Send a Sympathy Card