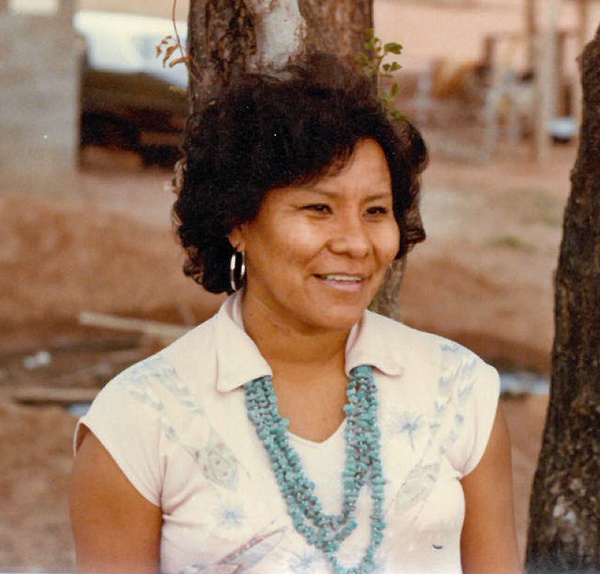 Dianna Rose Lincoln (age 72) passed away on July 8, 2020 in St. George, Utah from Covid-19 along with other health problems.  She was born on April 3, 1948 to Edward Lincoln Sr. and Hazel Lincoln in Ganado Arizona.  She was the only daughter of 5  children born to Edward Lincoln Sr. and Hazel.  Dianna was raised in Ganado, Arizona. Her mother believed education was important and set Dianna down that path by placing her in the Indian Placement Program through the the Church of Jesus Christ of Latter Day Saints, which Dianna was a member of, when she was 7 years old. She was placed in the home of Marion and LaRae Allen in Kingston, Utah.  She spent the next 9 years living with them 9 months of the year while attending school.  Dianna had a very fun loving personality and quickly became part of the Allen family.   She was readily accepted at the schools in Piute, having many friendships there.  Race was no issue.  In 1965 she decided to return to Ganado and graduate from the school there.  Dianna married Perry James in 1967. They had one son, Santee James.

She married Luke Coy Cooke Jr. and had a daughter, Ilene. He passed away in 2002 due to tragic accident.

Dianna worked at the Hospital in Ganado, Az. in the medical field for about 2 decades. She than had a career switch to education and loved working at the local Navajo boarding school in a neighboring smaller town on Kin Dá Lichíí, Az. that is where she found her calling. She loved being at the school with the young children and helping them find a love for education.  Education was very important to Dianna and wanting to further her education she attended school in Dixie State University (DSU) with a desire to be a school teacher. She returned to St. George to attend DSU to get her Bachelor's Degree.

Dianna is survived by her Son, Santee and her daughter Ilene, her brothers Herbert L. Kirk and Henry Harding and 12 grandchildren.

She was preceded in death by her parents and brothers Everett D. Lincoln Jr. an Emerson Kirk.

Funeral Services will be held July 14, 2020 at 10:30 AM at Hughes Mortuary with a gravesite dedication at Tonaquint Cemetery.

To send flowers to the family in memory of Dianna Rose Lincoln, please visit our flower store.
Send a Sympathy Card