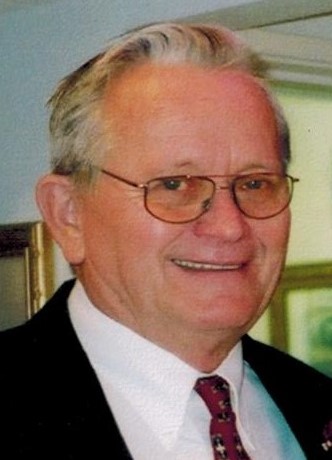 Donald Doyle Anderson, 77, passed away on September 14, 2019. He was born on March 23, 1942 in Shelley, Idaho to Lucile Benson Anderson and James LeRoy Anderson. He married Marjorie Rose Benson on April 6, 1964 in Blackfoot, Idaho and they were later sealed in the Cardston, Alberta Temple of the Church of Jesus Christ ofLatter-Day Saints.

Don grew up working in the potato and sugar beet fields of Firth, Idaho; beekeeping and sheepherding in southeastern Idaho and western Wyoming; and setting type in a printing shop in Blackfoot, Idaho. He served in the U.S. Air Force in Germany during the Berlin Conflict and married his sweetheart, Rose, after his discharge from military service.

He became a master plumber and spent his life in service to his fellowmen. He served as a bishop, branch president, high councilor, and in many other positions in the Church of Jesus Christ of Latter-Day Saints. He was a friend to everyone he met and welcomed people from all walks of life into his world. He spent countless hours volunteering his time and his plumbing and heating skills to serve widows and others in need. He mentored many who struggled with addictions and other challenges to succeed in the plumbing and heating profession and in life. He volunteered in many capacities, including nursing home volunteer, scoutmaster, and hospice volunteer. He worked hard and he played hard, with Glacier National Park, Montana; Lake Five, Montana; Alaska; and Minnesota among his favorite recreation destinations. He loved fishing, water skiing, snowmobiling, and taking trips with his siblings.

Don had a collection of everything John Wayne and to those who knew him, he was the real John Wayne. As the husband of a member of the Red Pheasant Cree Nation, he also demonstrated great respect for and service to Native American people throughout his life. He was a true patriot and considered it a great honor to have been able to serve his country in the United States Armed Forces.

He was a very gifted conversationalist and was known for making friends wherever he went. He was an extraordinary father, grandfather, and great-grandfather and worked to foster positive, loving relationships in his family and community. He was known for travelling long distances through the night to attend family events and spend time with loved ones and he prioritized spending time with his beloved grandchildren and great-grandchildren. He was a tremendous example of kindness, forgiveness, and compassion. He was a proud resident of St. George, Utah and Cut Bank, Montana and will be greatly missed by his many family members and friends.

To send flowers to the family in memory of Donald Doyle Anderson, please visit our flower store.
Send a Sympathy Card