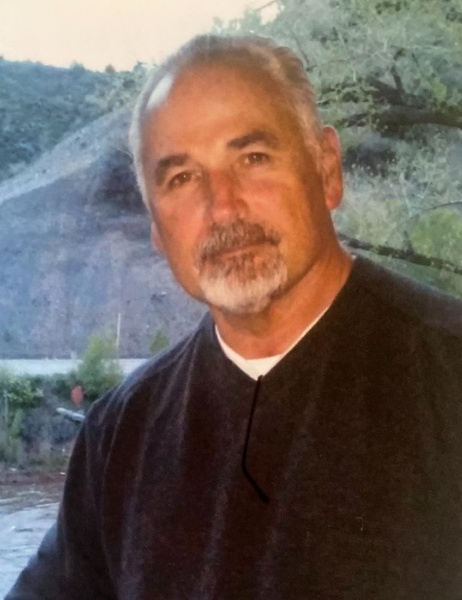 Donald Edward Harrison, 64, of St. George, Utah, peacefully passed on June 30, 2021 at 8:45pm surrounded by his family. Ed was born on May 07, 1957 In Evergreen park, Illinois to kathren Rose DeWalt and Edward Augustas Ochaba.

Ed was raised in Anehiem California by his mother Kathren and step father Larry Weis with his brothers Randy, Marty, Carl, Glenn, and Jim. He ran track for Canyon High School. He was known as "The General" Because of all the medals he received. He graduated from Canyon High school in 1976 and went on to run track for Santa Ana College. He met the love of his life Carolyn Bartlett in 1979 In New port beach, CA. After 7 months of dating They were married November 17, 1979 in Bunkerville Nevada. They had four children Jamie, Jason, Magen, and Eddie. They raised their family in the counties of Orange and Riverside, California. They later moved to Las Vegas, Nevada and Castle Rock, Colorado. On the 29th of February 2020, Ed and Carolyn were sealed with their 4 children for time and all eternity in the Denver, Colorado Temple. Toward the End of Ed's life they retired to Sun-River in St. George, UT. Through out his life Ed enjoyed, His family, Hiking, Fishing, Camping, long drives with his wife, traveling, Golf, Playing Softball, and hanging out with his friends playing darts and golden tee. Ed also enjoyed being able to provide for his family. He worked for Energymizer Systems, Johnson Diversy, and Proctor and Gamble in the Commercial dish and laundry services. He truly enjoyed his job and the friends he made along the way.

Funeral services will be held Monday July 5, 2021 at 1:00pm. Located at The Church of Jesus Christ of Latter Day Saints 1483 Angel Arch Dr. St George, UT 84790. To those who cannot attend and would like to order flowers you can call Desert Rose Floral at 435-627-3030. A luncheon will be held directly after the services at the same location.

To send flowers to the family in memory of Donald (Ed) Edward Harrison, please visit our flower store.
Send a Sympathy Card