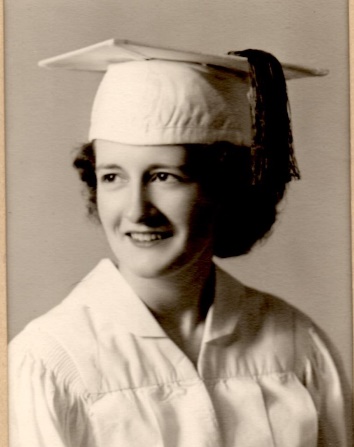 Our dear loving Mother, Grandmother, and Great Grandmother passed away on April 7, 2017 peacefully in her home.

She was born on January 20, 1933 in Binghamton, New York to her paternal parents, Arthur and Margaret Braman. She was raised as a child in a loving home with her mother and step father, Herbie Corson.  She was the youngest sibling of two.  She graduated from Binghamton North High School, where she was working at the Binghamton Gas Works. She was a Dental Hygienist.  She was a phone operator.  She was a manager at the Liquor Store, and worked at the Officers Club in Dugway.  She also worked at the Stop n Go in Henderson, NV.

She was courted by the love of her life and married Arnold Robert Witteman on October 10, 1953. They were married for 63 years ðŸ˜Š.

She traveled with her Husband to Germany and many other places around the country; as her husband served in the Army. She had (3) children Robert Curtis Witteman, Julie Renee Witteman, and Scott Alan Witteman.

She was a devoted wife, mother, grandmother and great grandmother.  She would do everything she could to ensure her family did not go without anything. She always made her presence known where ever she was.  Her smile would light up the room and her comments had everyone laughing.  She loved her routine and would wake up early every morning to clean the house, would fold her first load of laundry while watching the Price is Right. She would always answer your call and listen to whatever you had to say, except during her soaps. She loved to watch her soap operas.

She loved making macramé’s where she sold them at the flea market and swap meets. She enjoyed painting her ceramics, where she would take her grandchildren to enjoy as she did.

She loved baking her pies and baking her breads. She would make sure to make everyone’s favorite pies, even if she thought it was their favorite. She treasured having her family over for Thanksgiving dinners and she would make all the food from scratch. Her pride and joy was watching her family grow and teaching any lessons that we may have needed along the way.  She cherished her family and would do anything she could to help them.   She received fulfillment by going to church.  Which she would attend every Sunday.

She had her dream home built in 1996 in Apple Valley, UT where she spent her remaining years with her family and enjoying the golden years with her husband.

Private services will be held to honor this beautiful lady who will be greatly missed and touched all that knew her.

To send flowers to the family in memory of Doris Ailene Witteman, please visit our flower store.
Send a Sympathy Card