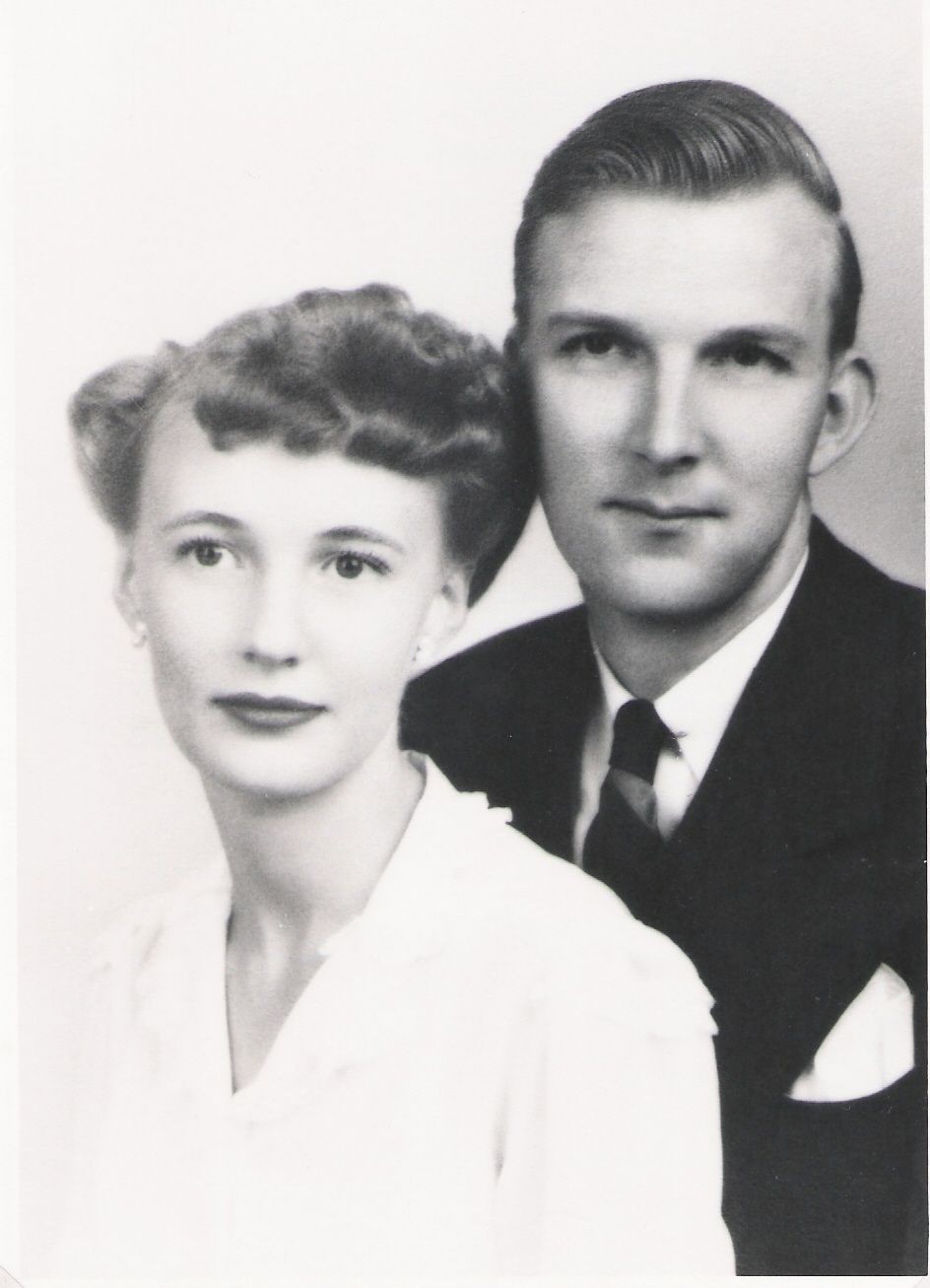 Dorothy Jean Leishman Varney passed away after a long, happy and productive life on Friday, Nov. 26, 2021, in Washington, Utah, at age 98. Dorothy was born in Los Angeles, California on March 9, 1923 to LeRoy James Leishman and Golda Engstrom Leishman. She spent her younger years in Los Angeles where her father was responsible for many developments in the audio, radio, television, and x-ray fields. An only child, her parents introduced her to fine music and art. Her mother cared for her and their home, enjoying gardening and sewing for Dorothy.
Her writing and musical talents became evident early on as she wrote a play about the California Gold Rush for her 4th grade class and was only 10 years old when she was the sole performer of a piano recital.
Dorothy always had many girlfriends and, as a teenager, many beaus. After graduating from LA High, Dorothy enrolled at UCLA where she was active with the Alpha Chi Omega sorority and worked on the campus newspaper.
Dorothy met Frank Varney on a blind date on Christmas Eve of 1940. They had been dating for about a year when Pearl Harbor turned everyone’s lives upside down. Frank, who was working for North American Aviation near the Los Angeles airport, was transferred to Dallas, Texas to be Chief Electrical Engineer of the B-24, and he asked Dorothy, still just 19 years old, to go with him. Her parents didn’t feel they were quite done raising her, but trusted Frank, so they were married and headed off to Texas for the duration of the war.
Returning to Los Angeles after the war, Dorothy and Frank lived in the Westchester area for seven years, then built a home in Palos Verdes where they raised their four children. Soon after their move to Palos Verdes Frank joined The Church of Jesus Christ of Latter-day Saints and both of them served faithfully in many callings, Dorothy as president and teacher in all the auxiliaries, seminary teacher and Stake Public Affairs Director. Together they served a mission to Fiji in the early 1990’s.
In about 1980 the Varneys sold their home in Palos Verdes and moved to Northern California, living in Penn Valley, Lake of the Pines, and Alta Sierra. Her husband passed away in 2003 and in 2006 Dorothy moved to Washington, Utah, with her daughter, Laurel and her family.
During her child-raising years, Dorothy was always at home, chauffeuring to various dancing lessons, and Little League games for her children, but once they were raised, she started a business of conducting tours of Los Angeles, which she named Custom Mini Tours. She would meet the cruise ships as they came into the harbor in San Pedro and take people to see the sights of LA. As the business grew, she bought a station wagon and then a van. Eventually, she was approached by a couple of cruise lines to meet their customers at the airport and transport them by bus down to the pier. This business was called Your Reps and soon she was providing the same service in San Francisco as well as Los Angeles. She also did a lot of volunteer work, helping at The Freed Center in Grass Valley, California, and The Red Rock Center for Independence in St. George.
Writing continued to be one of her loves and she was active in writers’ groups wherever she lived. She wrote numerous articles for magazines and newspapers. After learning about her husband’s Tahitian relatives, she was inspired to write a trilogy entitled California Gold, historical fiction based on three generations of Frank’s family. Several other books followed, as well as her own autobiography.
Dorothy loved traveling, reading, jigsaw and crossword puzzles, Rummi Cube, the beach, music, the color lavender, stale marshmallows, diet coke, and, as all her friends know, CHOCOLATE!
Dorothy is survived by her four children, Diane (Mike) Gagon, Washington, Utah, Laurel (Hans) Paul, Kingman, Arizona, Bruce (Darlene) Varney, Poway, California and Norman (Diane) Varney, Pataskala, Ohio, grandchildren: Tracy Bahr, Troy Gagon, Paige Westbrook, Alicia Powers, Blake Paul, Robin Nelthorpe, Leah Mizisin, Megan Takahashi, Lauren Varney, Jaren Varney, Leyna Marccuci, 23 great grandchildren and 6 great great grandchildren.
She was preceded in death by her husband, Frank, grandchildren Andrea Paul, Norman Varney, Jr., Melissa Varney, Trevor Gagon, Faith Gagon, Terik Gagon and Kyler Westbrook.
Funeral services under the direction of Hughes Mortuary will be Saturday morning Dec. 4, 2021, at 10 AM at the Washington Fields East Stake Center, 1835 S. Washington Fields Rd, Washington, Utah, with a viewing at 9 AM.
Burial will be on in Nevada City, California at the Sierra Memorial Lawn Cemetery, 459 Hollow Way, Nevada City, California
The family wishes to thank the staff of the Bee Hive Home of Coral Canyon, and the hospice nurses of Encompass Health for their loving care of our mother and grandmother.
In lieu of flowers, contributions may be made to the Alzheimer’s Association or the Church Humanitarian Fund.

Interment will be in Nevada City, California on Tuesday December 7th at 11:00 am.

Services can be viewed on the Washington Fields 1st Ward YouTube channel.

To plant memorial trees or send flowers to the family in memory of Dorothy Varney, please visit our flower store.

Dorothy and I became dear friends when I moved to Washington Utah in 2007. We spent time together traveling. She was the perfect traveling companion because she saw beauty in everything. We spent many hours, as most of her friends and family did putting puzzles together. Dorothy always saw the good in everybody and everything. Dear Friend, I know you are in a better place with friends and family and someday I will see you again.