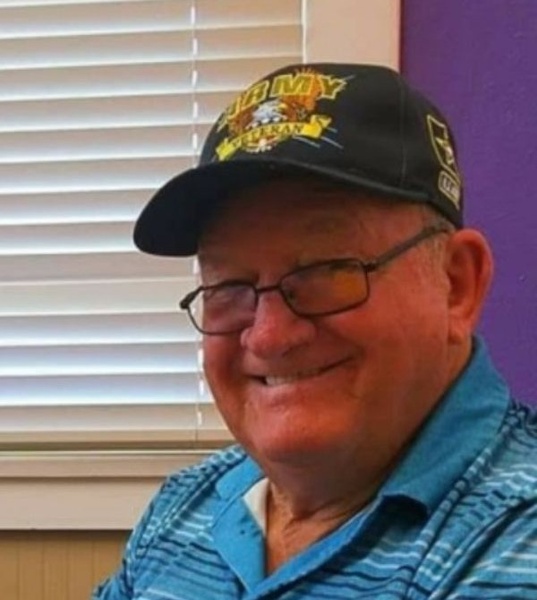 Doug was born on March 27, 1944 in Salina Utah to Austin Martin Dale Farnsworth and Virginia Alleen Wilkensen. His father later divorced, then married Vivian Allred. Doug was raised in Richfield Utah, where he attended school, then joined the Army and was stationed in Germany; his post was on the Rhine river. Doug received several awards for expert marksmanship (rifle) while serving in the military.

Doug & Rita settled in Monroe Utah, but later relocated to St George to grow Doug’s stucco business. He ran his stucco company for over 40 years with much success.

Doug loved to golf, play horseshoes, hunt, fish, mine for gold, and travel; he got to cross off a couple of his bucket list items when he visited The Grand Ole Opry in Nashville and went deep sea fishing in Alaska.

Doug was a great man; larger than life, ”The Great A&M”, the Patriarch of the family; he loved everyone and everyone loved him. He was a generous man that rarely said no to someone in need and helped many people throughout his life. His laugh was infectious, his jokes & stories were wildly funny & entertaining, he was truly one of a kind and he will be greatly missed, but we know he is in good company. His memory will be cherished and kept alive by his adoring wife Rita Farnsworth (his little shotzy poo); Children: Bob Farnsworth, Barbara (Scott) Bronson, Terri (Brian) Black, DeAnna (Sterling) Findlay. Sisters: Kaye Newby, Valeen (Steve) Sylvester, Margaret (Robert) Herbstritt, Susan (Steve) Foulger, Louise (Phil) Henson, Karma (Jeff) Cooper. Doug has 17 Grandchildren and 21 Great Grandchildren that loved him dearly.

He is preceded in death by his parents, Austin Martin Dale & Vivian Farnsworth, his son Dale Farnsworth, grandson Douglas Farnsworth (little Doug), brother Darwin Farnsworth, brother in law Verl Newby, his precious nephews, and other family & friends gone too soon that he held very near & dear.

A private burial for family and close friends will follow the funeral at 1:30 PM at Washington City Cemetery.

To send flowers to the family in memory of Douglas A. M. Farnsworth, please visit our flower store.
Send a Sympathy Card