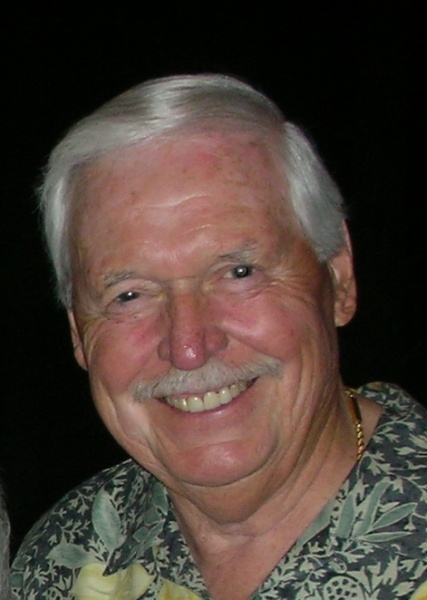 Dr. Eugene (Gene) Herbert Gregory died at the age of 87 on August 17, 2020 after battling multiple infections for months, in the comfort of his home, surrounded by family, two Standard Poodles, and his adored cat, Phantom, also age 87.

Born on November 14 in St. Louis, Missouri to Eugene Herbert Gregory and LillianFrances (Leach) Gregory in the fall of 1932, and grew up in East St. Louis, Illinois.

Eugene, immediately nicknamed “Herb” survived the Great Depression and combat in the Korean War, to live a life marked by a deep love of country, teaching, adventure, and family and friends.

After graduating from Dupo High School, he enlisted and served in the U.S. Marine Corps from 1951-1954, cementing his dedication to his country and admiration for the Korean people. During a trip back to Korea in 2009 and 2010, South Koreans showed sincere appreciation for his service during the war. The recognition and awards hereceived were some of his most prized possessions. In 2017 Gene was again honored with a visit to Washington D.C. as a member of the Veteran’s Honor Flight of Utah. His daughter Jennifer accompanied him, and together they shared a special bond over all things Marine Corps.

After the war, Gene passionately pursued his education, ultimately earning his PhD in Physics from UCLA in 1966. His love of learning would grow into a love of teaching as he taught physics classes at Caltech and UCLA, and after a 25-year distinguished career at Hughes Aircraft Company/Raytheon, he retired as Director of Technology for the Radar Systems Group.  He returned to education as Associate Dean of the College of Engineering at the University of Illinois. Gene was an avid reader and loved history and science.  Even after retiring twice, Gene taught physics and mathematics at a community college in northern Arizona. He shared a strong belief in education with his daughter Natasha, also a teacher.

Gene was active his whole life and like his son, Gery, enjoyed working out. From chopping and splitting wood to fishing in oceans, lakes and streams, Gene craved the outdoors, and as an avid backpacker, he shared many trips to the CA Sierra Mountains with family and friends. He’s played countless games of handball, racquetball, tennis and even more rounds of golf. It would take a stroke in 2016 to finally slow him down.

But it would be his love of adventure that would lead him to become a certified scuba diver where he discovered one of his most loved treasures, his wife, Michelle. Married in 1974 in Pacific Palisades, CA, Gene and Michelle enjoyed numerous sailing trips and lobster hunts. Their shared love of travel took them across the globe, and it was not uncommon to hear him recount his favorite adventures: a cruise to Rio De Janeiro and a photo safari in Africa. Together they built a life in Tarzana, CA, then Dallas, TX, the White Mountains of Show Low, AZ, and finally in sunny St. George, UT. Here they’ve continued to enjoy the pursuit of golf, and Geno remains the only one in the family with a hole-in-one, something his son-in-law, Jerry, actively pursues. Family and friends have enjoyed the hospitality and generosity of “Hotel Gregory,” and when Gene spoke of his seven grandchildren and nine great-grandchildren, who lovingly call him “Grampy,” pride spilled from his voice.

Over the last nine years, Gene contributed much of his time and energy to supporting the Marine Corps Dixie Detachment League 1270. Whether serving on committees or participating in the annual 4th of July parade, Gene Gregory believed being a U.S. Marine prepared him for many of his significant accomplishments. The Marine Corpsspirit and will to persevere in the face of adversity was a mantra for a man who spent his life building much, out of very little. In 2019 his three children and wife purchased his official Dress Blues uniform to recognize his service and love for his country. Once a Marine, always a Marine, and forever our hero.

Thank you to the many kind and supportive medical staff workers at Dixie Regional Medical Center, Southern Utah Veterans Home and Zion’s Way Hospice(especially Deb and Rose), who helped Gene through a variety of challenges over the past few years.

A celebration of life with Military Honors for Dr. Eugene H. Gregory will be held October 19th, 2020 at the Tonaquint Cemetery Cremation Garden at 11:00 AM.

If you prefer to donate online in lieu of flowers, here is the link: https://www.wreathsacrossamerica.org/pages/164162

Or please donate to the Color Country Chapter of Wreaths Across America that honors those that Gene cared so deeply for at:

Please Do Not Send Flowers.  We would like you to donate to the Wreaths Across America as listed above.

To send flowers to the family in memory of Dr. Eugene Herbert Gregory, please visit our flower store.
Send a Sympathy Card